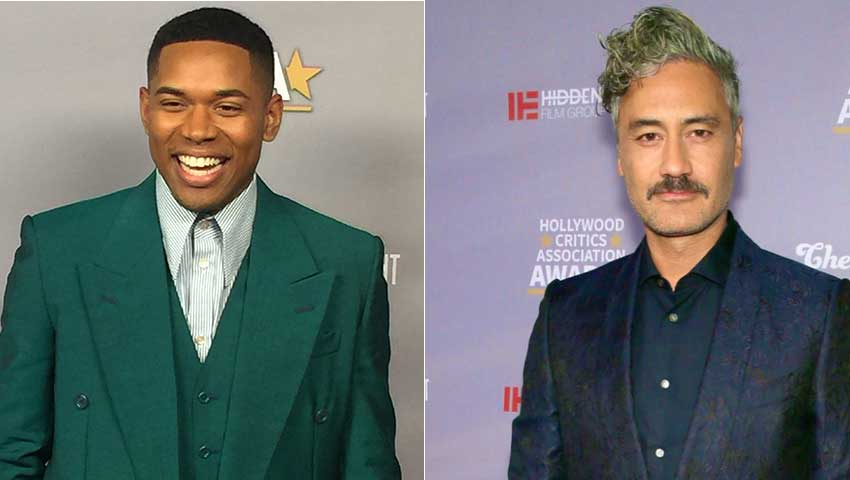 As a member of the Hollywood Critics Association, we celebrated the best of 2019 in films Thursday night with an impressive list of nominees and guests. The winners included Taika Waititi, Olivia Wilde, Denis Villeneuve, Joaquin Phoenix, PARASITE director Bong Joon-Ho, 1917 and newcomers such as Kelvin Harrison Jr. (WAVES, LUCE), Kaitlyn Dever (BOOKSMART) and Noah Jupe (HONEY BOY, A QUIET PLACE). Below is a full list of winners.

CineMovie had the pleasure of presenting Best Original Screenplay to Bong Joon-ho and Han Jin Won for PARASITE, one of my favorite films from 2019. To get up on stage and talk to a room full of talented people like directors Taika Waititi, Denis Villeneuve, Bong, Olivia Wilde was nerve-racking but the cheers from the reveal of the winner made it all worthwhile.

Best Performance by an Actor 23 and Under - Noah Jupe, Honey Boy

Best Performance by an Actress 23 and Under - Kaitlyn Dever, Booksmart

Star on the Rise - Taylor Russell

End of a Decade Awards Recipients

Actor of the Decade - Adam Driver

Actress of the Decade - Kristen Stewart

Director of the Decade - Denis Villeneuve

Formerly known as the Los Angeles Online Film Critics Society (LAOFCS), the goal of the Hollywood Critics Association is to create a diverse community of passionate and professional critics with a passion for entertainment, including film and television.

HCA Board of Directors are as follows:

This email address is being protected from spambots. You need JavaScript enabled to view it.