Actress and singer Carrie Daniel was awarded Best Music Comedy for her directorial debut in the musical parody, THE PERFECT DATE FOR EVERY WOMAN at the Palm Springs International Comedy Festival. The musical parody pokes fun of our obsession with Netflix.

A conservatory-trained actor, singer, writer, and director, Daniel's musical parady also earned her two Telly Awards for Best Writing and Best Use of Humor. The short also went viral on the Funny Or Die website.

Learn more about Daniel and her award-winning short. 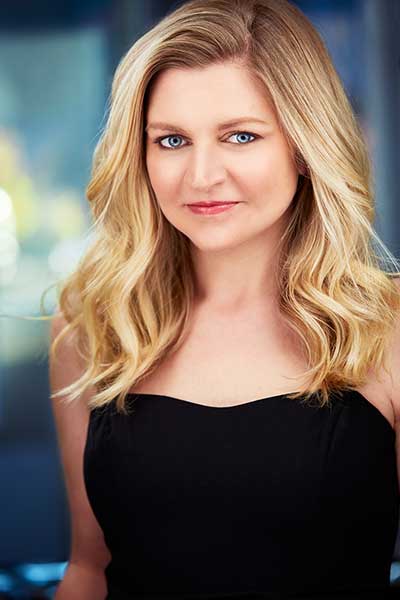 “My aim is always to uplift and delight, while telling the truth,” said Daniel. “I like bringing social issues to light in a playful and engaging way. Life is absurd and short, so we might as well laugh at it – while also learning and striving to be better people.”

About Carrie Daniel:
CARRIE DANIEL is a conservatory-trained actor, singer, writer, and director. She recently has won two Telly Awards for Best Writing and Best Use of Humor for her song parody entitled THE PERFECT DATE FOR EVERY WOMAN that went viral on Funny or Die - and will be featured at the Palms Spring International Comedy Festival.

Daniel attended Oxford University, where she received her Master’s Degree in Visual Anthropology and was a member of the Oxford University Dramatic Society. She has appeared in films such as Junbug and Ray and the TV Series Married With Secrets, as well as various commercials and music videos including a Super Bowl Spot choreographed by Michael Rooney and a music video featuring Ukranian pop star Svetlana Loboda.

Recently she has started creating her own musical comedy shorts. She made waves with a viral feminist song parody, inspired by the #MeToo movement, and was featured in various interviews by local and national media. Her next release will feature a parody in time for the 2020 election.