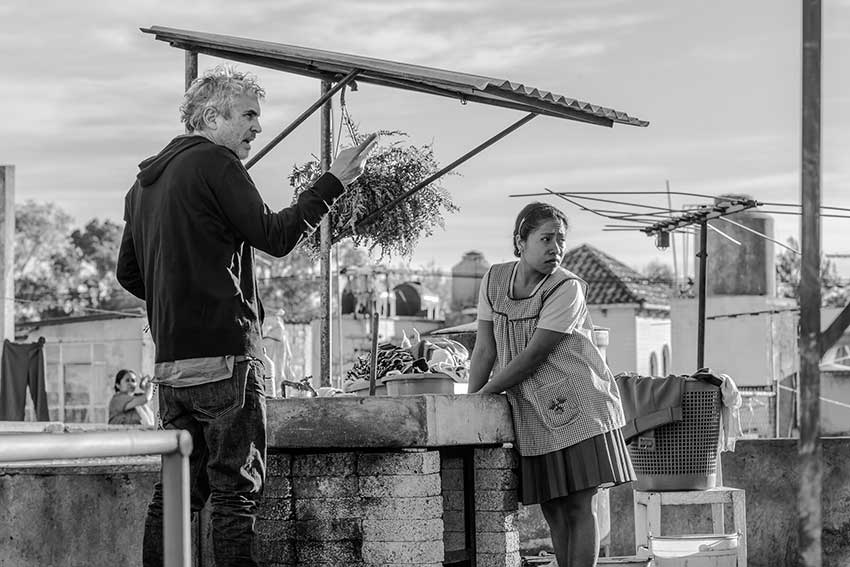 The 91st Academy Awards were announced Tuesday morning, and the nominees may be the most diverse in Oscar history.

Spike Lee received his first Oscar nomination for best director and best picture for BLAKkKLASMAN. Regina King also got her first nomination as best actress for IF BEALE STREET COULD TALK, and Rami Malek who is Egyptian-American, also became a first. Marvel's BLACK PANTHER also claimed a first by scoring a Best Picture nom for a superhero film along with six other nominations. But most impressive is Alfonso Cuarón's ROMA which received 10 nominations including for the very first Indigenous person to be nominated.

ROMA chronicles a turbulent year in the lives of a middle-class family in 1970s Mexico City. Cuarón, inspired by the women from his childhood, delivers an artful ode to the matriarchy that shaped his world.

ROMA'S Yalitza Aparicio plays an indigenous domestic worker in Mexico during the 70s. The former pre-school teacher is a relative newcomer, and her name was called as one of the best actress nominees along with Glenn Close, Lady Gaga, Olivia Colman and Melissa McCarthy Tuesday morning. Aparicio is only the second Mexican actress to be nominated after Salma Hayek scored the honor for 2002's FRIDA.

Cuarón is no stranger to the Academy Awards with a previous win as best director and film editing for 2014's GRAVITY, and a total of five nominations for his past work (Y TU MAMA TAMBIEN, CHILDREN OF MEN).

ROMA certainly deserves to win all these categories, and any win will advance the cause for more representation. ROMA is currently streaming on Netflix.