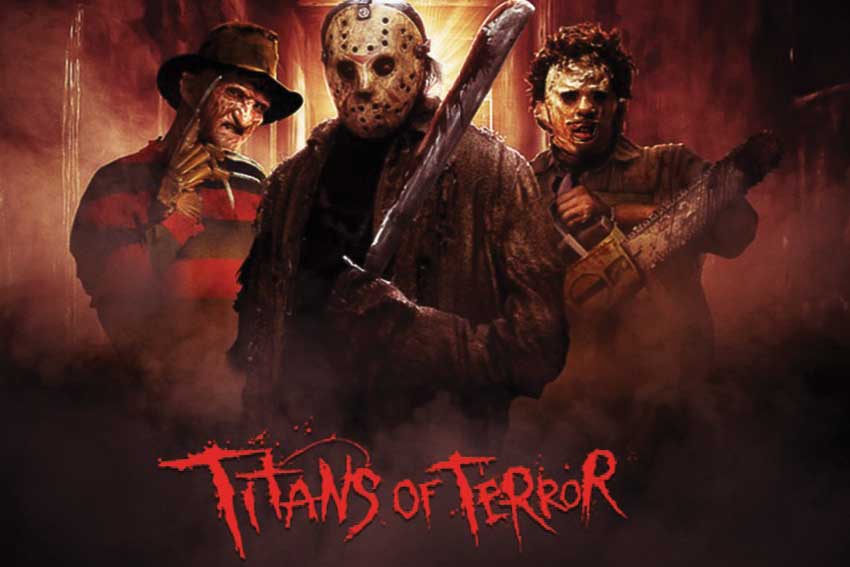 In the new “Titans of Terror” maze, guests will fall victim to the silver screen’s most deplorable killers whose affinity for bladed weapons redefined the horror movie genre as slasher films:  Leatherface (The Texas Chainsaw Massacre) wielding his iconic chainsaw, Jason Voorhees (Friday the 13th) brandishing his relentless machete, and Freddy Krueger (A Nightmare on Elm Street) swiping his trademark glove armed with razor blades.  The new maze will be an assault on guests’ sensibilities as they descend into the forbidden realms of these horror icons.
Taking terror to an unspeakable level of bloodcurdling screams, the “Titans of Terror Tram Hosted by Chucky” will transport guests into a nightmare of carnage pitting guests against these four modern horror icons, this time led by infamous serial killer doll Chucky (Child’s Play franchise). With his faithful army of degenerate chainsaw-wielding Good Guy Dolls, Chucky will unleash havoc upon guests as they navigate a portion of the world-famous backlot.

Further “Terror Tram” encounters will include Jason Voorhees (Friday the 13th) at the Crystal Lake Motel where he slaughters newly arrived camp counselors; an ominous confrontation with Freddy Krueger (A Nightmare on Elm Street) who takes his ultimate revenge on the town of Springwood; and a final foray through the barn from The Texas Chainsaw Massacre, where Leatherface and the Sawyer family butcher victims for their cannibal cuisine.

Unique to Universal Studios Hollywood, the “Terror Tram” enables “Halloween Horror Nights” guests to walk along an area of the famed movie and television studio, where such sets as the Psycho House and the Bates Motel from Alfred Hitchcock’s classic thriller, and Steven Spielberg’s War of the Worlds, are located. 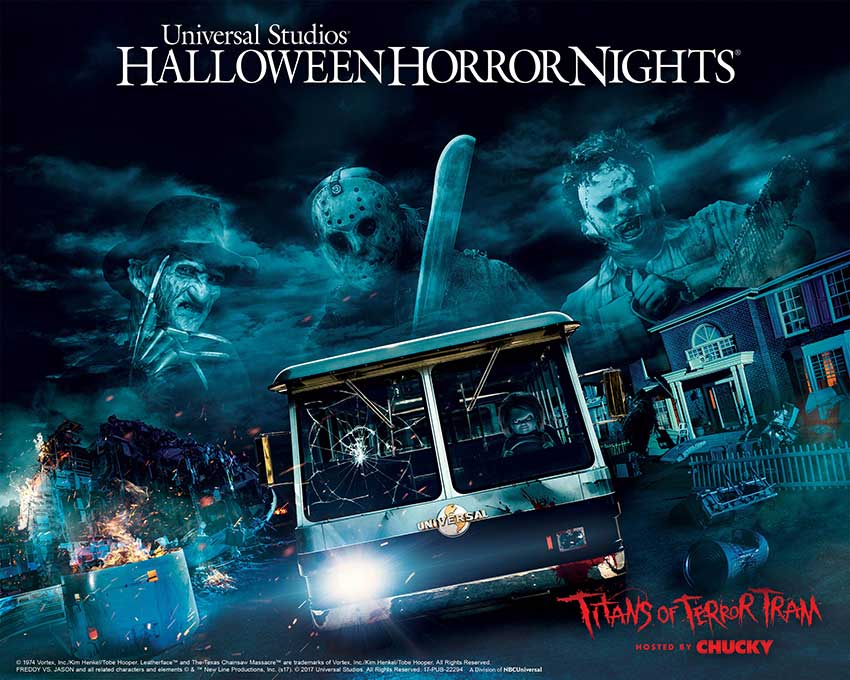 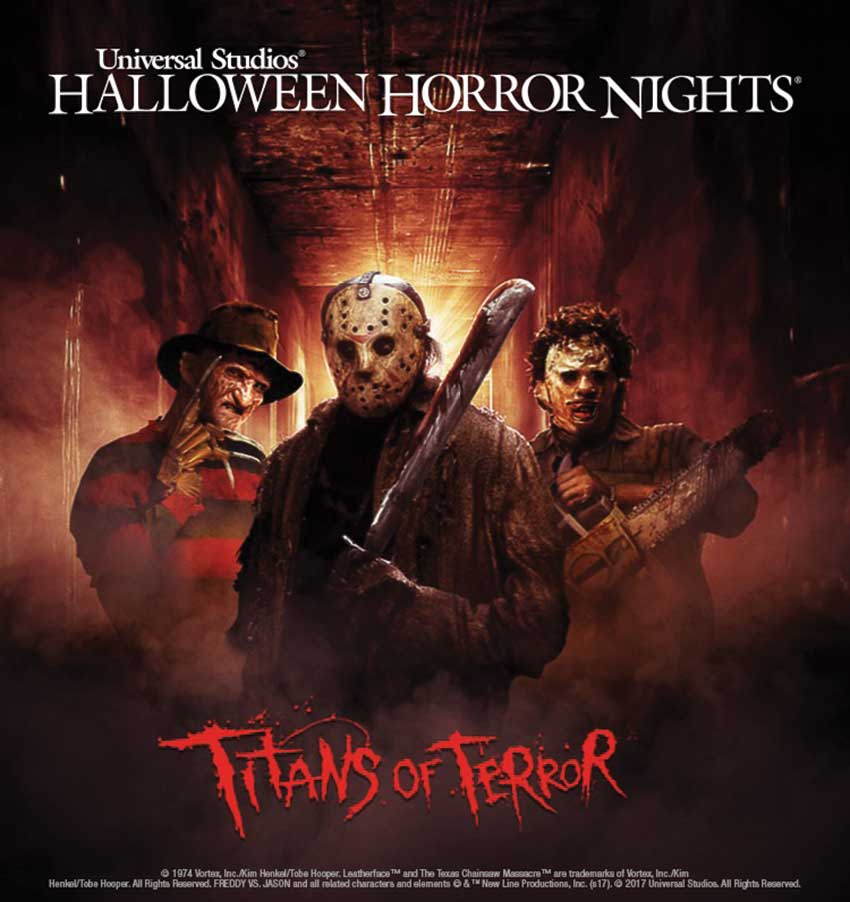