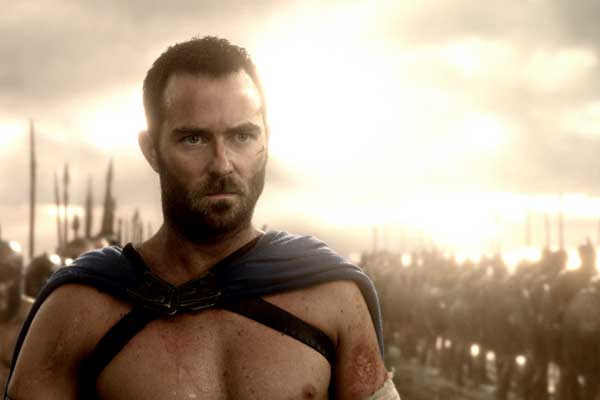 On February 4th, fans in 10 major cities across North America were treated to a special, insider sneak peek of the highly anticipated film sequel, 300: RISE OF AN EMPIRE. Cinemovie was fortunate enough to attend and we’re giving you the scoop on the bloody new chapter in this epic saga.

Fan’s got to see the first 13 minutes of the film in all of its IMAX 3D glory. And just to make you die hard Spartans a bit more jealous, following the preview, we all screened a newly restored, IMAX version of the film that started it all: Zack Snyder’s “300.”  If you thought that the battle scenes in the original felt realistic, you’re in store for a shockingly, immersive bloodbath that you won’t soon forget.  The 3D was absolutely stunning, truly making it feel like you were right alongside the Spartans fighting the Persian Empire.

The event began with a video introduction from mythos genre regular, Lena Heady, who reminisced on the visually stunning original and then got us excited for the apparently improved successor. She then entrusted us to not use any recording devices, reminding us that Spartans don’t tolerate those who betray their trust.  The bloodletting then ensued.

The footage started with a scene showing the familiar faces of the martyrs that took their lives beside Leonidas (Gerard Butler) on the field of Thermopylae.  Cascading above these noble Spartans stands the Persian warlord-God, Xerxes (Rodrigo Santoro). We take the perspective of dead Leonidas as Xerxes swings his axe towards us for decapitation. 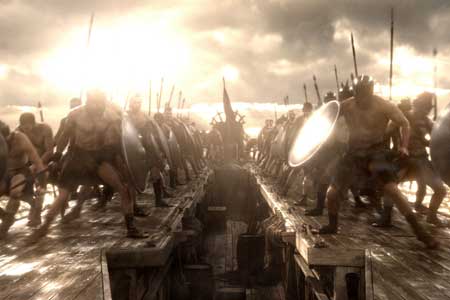 The next scene features Queen Gorgo (Lena Heady) speaking to her bloodthirsty warriors about the sacrifice that three-hundred Spartans made for the freedom of Greece. It then cuts to a flashback of a previous war between the Greeks and Persians narrated by the Queen.  In this snippet, we’re introduced to our new protagonist Themistocles (Sullivan Stapleton) and treated to a bloody, "Snyder-esque," slow-motion battle sequence that countless filmmakers have tried to replicate since the first installment. It was done with loads of finesse and the dazzling IMAX 3D tantalized all senses. The sneak peek proceeded to tell us the back-story of Xerxes and his epic rise to power.

The night was concluded with some awesome freebies: a legit cardstock poster and a 300 Fan Night T-shirt! Directed by Noam Murro and produced by Zack Synder, 300: RISE OF AN EMPIRE when it hits theaters March 7th.

Take a look at a special behind-the-scenes at the making of 300: RISE OF AN EMPIRE