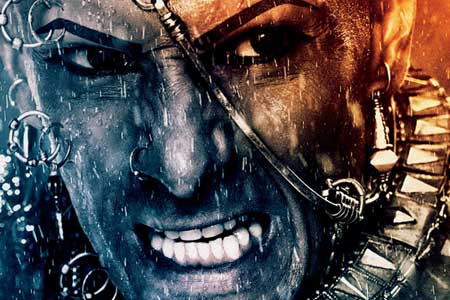 Brazilian-born actor Rodrigo Santoro is quite the looker, but not so much as Xerxes in the sequel to 300. In 300: RISE OF AN EMPIRE, Xerxes return and he's ready to conquer more Spartans. Take a look at his character movie poster.

Rodrigo Santoro is nearly unrecognizable as the drag-looking man turned god conqueror. The bronzed-god and Persian emperor is wreaking more havoc in the continuation of the 300 saga. In additon to Xerxes, Queen Gorga played by Lena Headey ("Game of Thrones") also returns to enact vengeance on the Persian Empire for the Spartan massacre. Told in the same visual style as 300, the sequel is directed by Noam Murro and produced and co-written by Zack Snyder (Man of Steel).

This new chapter of the epic saga takes the action to a fresh battlefield—on the sea—as Greek general Themistokles (Sullivan Stapleton) attempts to unite all of Greece by leading the charge that will change the course of the war.  300: RISE OF AN EMPIRE pits Themistokles against the massive invading Persian forces led by mortal-turned-god Xerxes, and Artemisia (Eva Green), vengeful commander of the Persian navy. 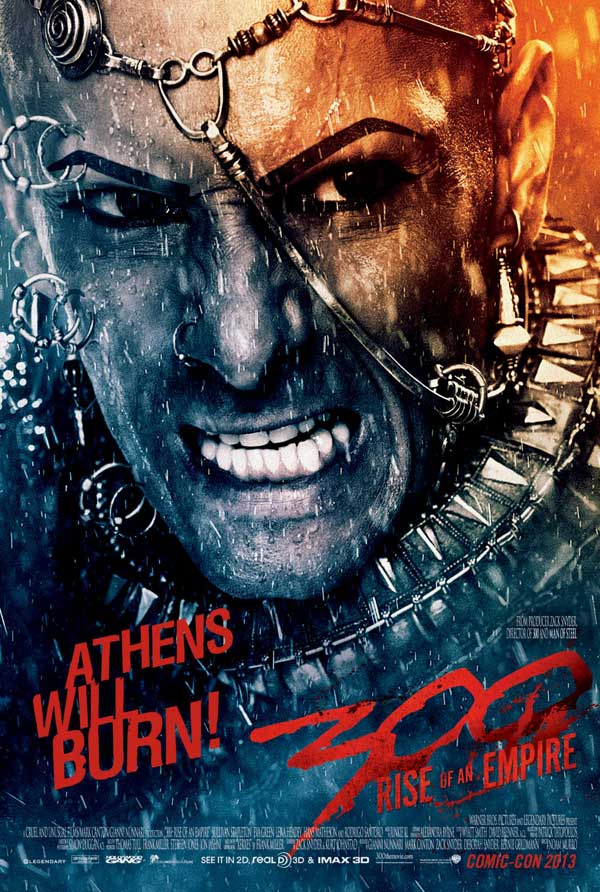