7 Blockbuster Films You Won't Be Seeing in 2014 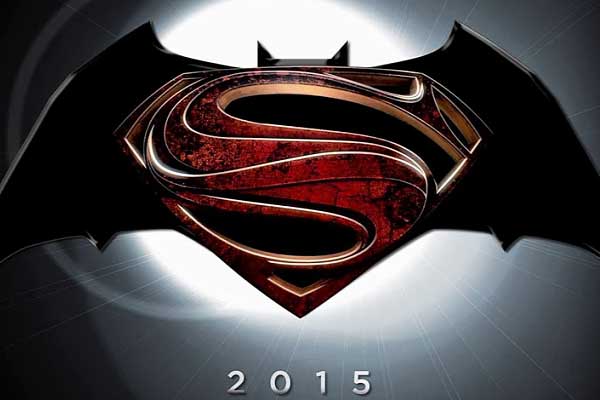 You would think that these 7 movies would be coming out in 2014 with all the buzz surrounding these projects, but you'll have to wait until we ring in a couple more years before seeing some of these future blockbuster in movie theaters. To say the least, the wait is killing us.

Update: Warner Bros. moved the release to May 6, 2016, 9-months later than the original date. Darn!

Since the announcement that Batman would be joining forces with Superman at Comic Con last July, the internet has been buzzing about the much-anticipated match up that won't be released until July 15, 2015. Then the casting of Ben Affleck as the new Batman caused even more love/hate relationship with the movie.  Adding to the online mayhem was the casting of Israeli model and Fast and Furious actress Gal Gadot as Wonder Woman.  With more casting announcements headed our way and the start of production in February of 2014, there is no stopping this locomotion of publicity for the Man of Steel follow-up.

First came the news that George Lucas had sold the Star Wars empire rights off to Disney at the end of 2012. Then Disney announces several sequels based on the Star Wars franchise. Flash forward to 2013 and the speculation surrounding who was going to direct the next installment of the Jedi stories takes on a new level of online insanity. JJ Abrams finally lands the coveted job after denying involvement and once again the Star Trek and "Lost" director/producer is the subject of online buzz. Then the attention turned to who from the original Star Wars movie would return to reprise their iconic roles.  Now in 2014, we still have no confirmation if Princess Leia, Han Solo or Luke Skywalker will be in the new series nor do we have a plot, but the web is full of ideas.

What do we know?  Star Wars: Episode VII lands in movie theaters two years from now on December 7, 2015.

Sony isn't wasting any time spinning their web for two more sequels of the Spider-man. At least you'll have one Spider-Man movie in 2014 when the sequel to The Amazing Spider-Man, starring Andrew Garfeld and Emma Stone, opening May 4th. Producer Roberto Orci gave CineMovie the scoop on what to expect from the future tales of Spidey. Watch our interview.

Here's one that's already in the can, but several delays has caused the film to be moved from 2014 to 2015.

Mad Max returns to the big screen with an all-new cast starring Tom Hardy (The Dark Knight Rises), Nicholas Hoult (X-Men: Days of Future Past) and Charlize Theron. By the time it's released, it would have been three years since wrapping the 3D futuristic action movie.

Yes, folks. Another Terminator movie is headed our way, but the focus returns to Sarah Connor played by "Game of Thrones'" Emilia Clarke for a fifth movie in the series. Rumors are that Arnold Schwarzenegger will return with Jason Clarke (The Great Gatsby, Zero Dark Thirty) rumored to play John Connor in a film directed by Thor: The Dark World's Alan Taylor.

Another Marvel superhero is coming to the big screen with Ant-Man directed by Edgar Wright (The World's End, Shaun of the Dead). Wright and writer Joe Cornish have been hashing out the story since 2011. When we interviewed Cornish back in May of 2011 for his film Attack the Block, he would not confirm nor deny the status of the film.  Paul Rudd was just recently announced to play Hank/Pym/Ant-Man.

Bryan Singer caused an internet wild storm when he announced on his Twitter account of another X-Men movie for 2016 titled X:Men: Apocalypse and the title gives away the comic book villain which will be the focus of the 6th movie in another Marvel franchise. As if Bryan Singer doesn't have enough pressure on his hands with X-Men: Days of Future Past coming to theaters on May 23, 2014, but he just added another big tasks to his plate. Like previous Marvel films, should we expect a tease in Days of Future Past?  We hope so.

At least you know what you'll be doing in the future so mark your calendars because you have a busy summer in 2015, and further out in 2016 and 2018.