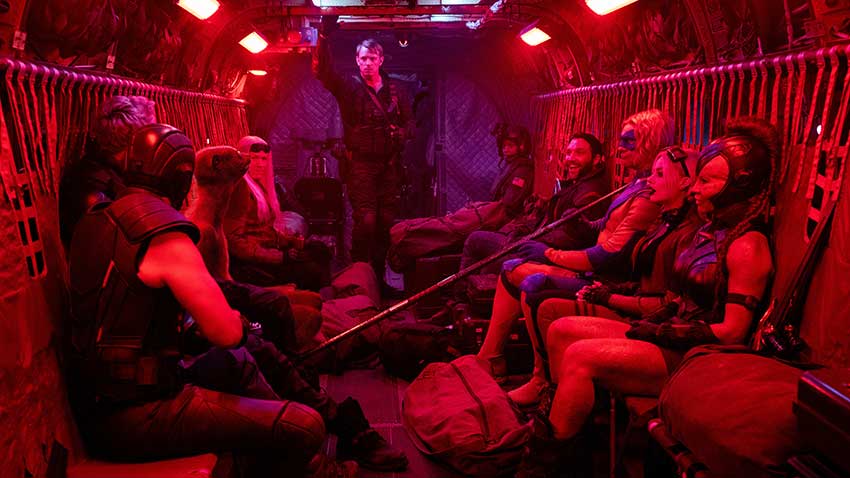 "Don't get too attached," is the logline on the different character posters for James Gunn's THE SUICIDE SQUAD. After a second trailer was released, it seems they are not joking that most of the characters will not make it through the mission. The same group of characters appear in the latest trailer which premiered in theaters alongside GODZILLA VS KONG. So what does that mean for the rest of the squad?  I've got my theories.

Harley Quinn (Margot Robbie), Bloodsport (Idris Elba), Peacemaker (John Cena), Rick Flag (Joel Kinnaman), Savant (Michael Rooker), Ratchatcher II (Daniela Melchior), Blackguard (Pete Davidson), King Shark and a few others are consistently shown but what about the others. Does that mean they have limited screen time because they are killed or does that mean the team becomes larger as the big battle approaches.  Or given Gunn's morbid humor, when one perishes, Amanda Waller (Viola Davis) sends in a replacement.

For example, Jai Courtney reprises his role as Boomerang, but he's barely in the recently released trailers. Harley will certainly not be sacrificed because she's now a franchise and Flag is the leader that will tie future SUICIDE SQUAD movies. So Boomerang could easily be sacrificed but that would make no sense to bring back that character just to kill him off right away. Largely underutilized in David Ayer's SUICIDE SQUAD, Boomerang didn't get the chance to live up to his name with a weapon that could cause maximum carnage.  Let's hope they don't make that mistake again.