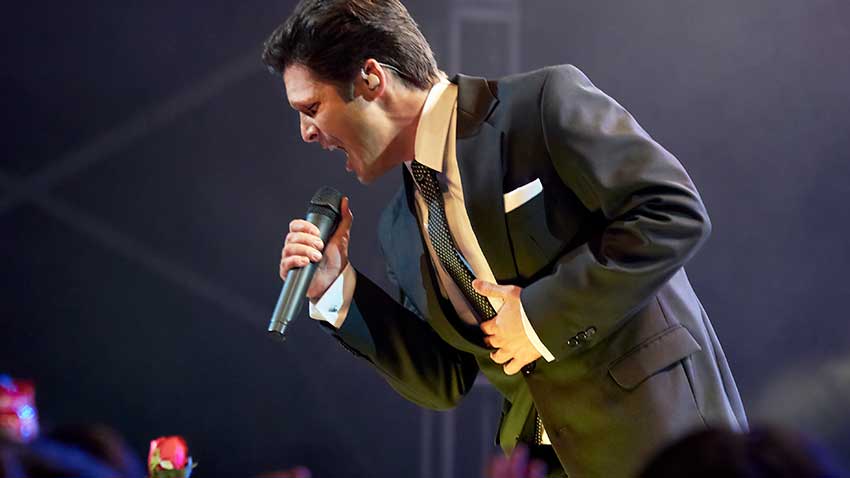 Get your first look at the second season for Netflix's Luis Miguel: the Series with a new trailer. Diego Boneta returns as the iconic Mexican singer.

While “El Sol’s” musical career continues to rise, around him, dark shadows are looming making it impossible for the star to enjoy his success.

The second season of Luis Miguel, The series will reveal in two timelines, the ups and downs that the superstar had to face in his personal and professional life, from betrayals, secrets, reunions, challenges and sorrows, from new characters and of course, a lot of music.

New episodes will be available only on Netflix every Sunday starting on April 18th at 5pm PST.

About Luis Miguel, The series:
The riveting story of one of Mexico’s most beloved stars unfolds with dramatic twists and turns and new characters in Season 2 of “Luis Miguel, The series.” Told in two timelines, the eight episodes find the singer at a crossroads: navigating international stardom as a Latin pop idol while balancing the demands of his fraught family life. At the peak of his powers in the 1990s, Luis Miguel (Diego Boneta) is left to care for his brothers after the death of their father and tries to mend his relationship with girlfriend Érika (Camila Sodi). Hugo (César Bordón), his manager and a father figure for Micky, is battling cancer, and a new manager, Patricio Robles (Pablo Cruz Guerrero), shakes things up at the talent agency. In the 2000s, as he tries to unravel the mystery of his missing mother, Luis Miguel heals his own parental wound by reconnecting with his estranged daughter, Michelle (Macarena Achaga), whom he hasn’t seen in more than a decade.