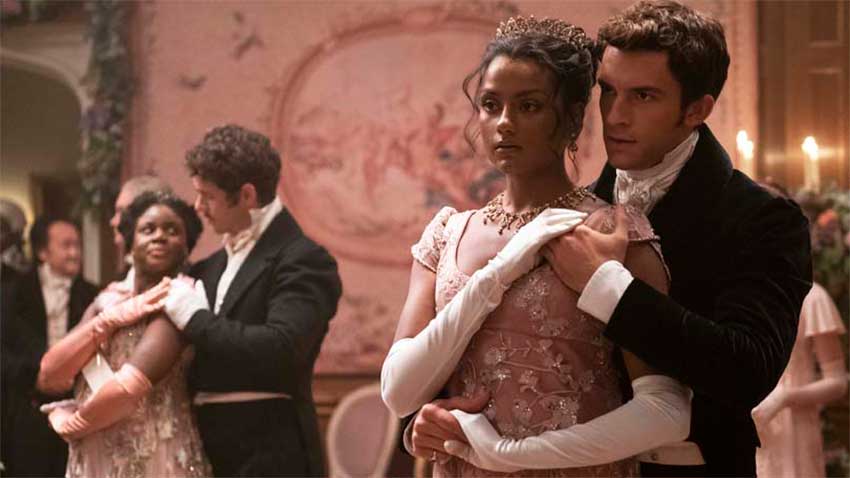 New images from Bridgerton season 2 dropped with a focus on the new cast members and love interest for Lord Anthony Bridgerton who is next in line to find a spouse. Don't look too hard at the new pictures for Regé-Jean Page who will not return since the break-out star has gone on to bigger and more adventures on the big screen.

Shondaland's hit series returns March 25 on Netflix. The pressure is on for Anthony Bridgerton to find a Viscountess out of family duty, but can he truly get over losing his real love last season?

Jonathan Bailey Describes 'Bridgerton' As An 'Erection of a Period Drama'