New Disney D23 Trailers: The Little Mermaid, The Mandalorian, Tales of the Jedi

Disney revealed their line-up for their live-action division, Pixar, Marvel and 20th Century Studios for 2022 until 2024. Catch all the new trailers that dropped at the Disney fan convention at the Anaheim Convention Center that includes a first look at THE LITTLE MERMAID with Hailey Baily as Ariel, a new preview for The Mandalorian, Andor, Tales of the Jedi, Samuel L. Jackson's return as Nick Fury in Secret Invasion, the ENCHANTED sequel and more.

Not all clips shown at the D23 Expo were released to the public unfortunately so we'll have to settle for the recaps from the media accounts. Of all the divisions, the live-action and Marvel Studios revealed their strongest line-up for the next two years. 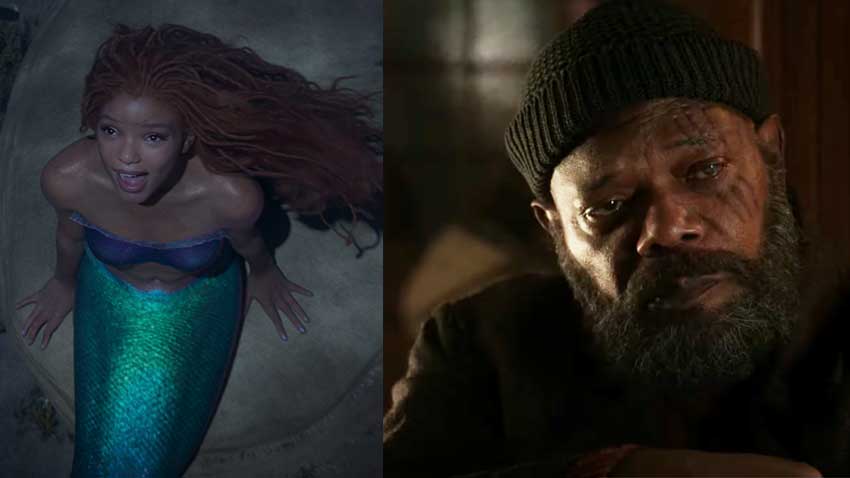 Below is a list of projects announced at Friday and Saturday's D23 panels.

Elemental
Inside Out 2
Win or Lose
Elio