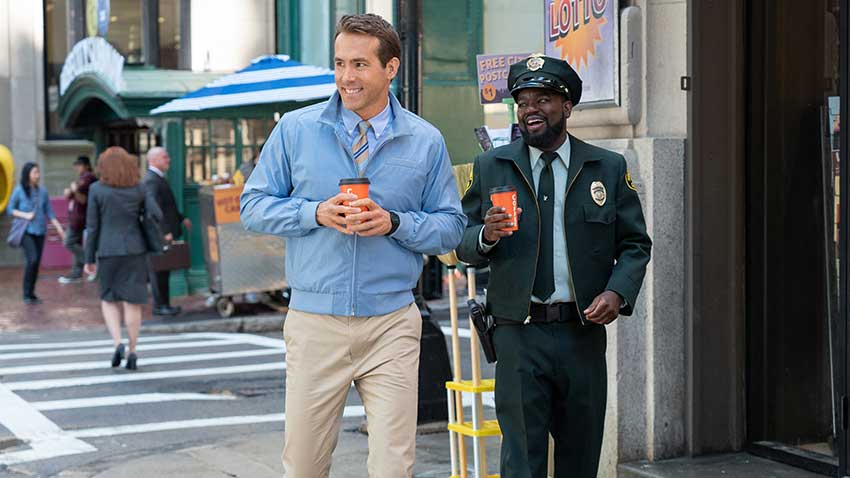 A new poster and trailer has arrived for Ryan Reynold’s FREE GUY opening in U.S. theaters December 11. Does this firm up the movie for a 2020 release while other studios have moved their films like DUNE, NO TIME TO DIE and BLACK WIDOW and others to 2021 because of the pandemic. 20th Century Studios released a new preview which gives us a better idea of the plot, and the other players (pun intended).

In FREE GUY, Reynolds discovers he’s not a real person but a bit character in an open-world video game. The bank teller decides to be the hero of the story and save HIS world from destruction from the humans.

Starring with Reynolds is “Killing Eve’s” Jodie Comer, Lil Release Howery, “Stranger Things” Joe Keery and Taika Waititi bringing his Hitler accent from JOJO RABBIT as the villain in the movie directed by Shawn Levy (NIGHT AT THE MUSEUM). 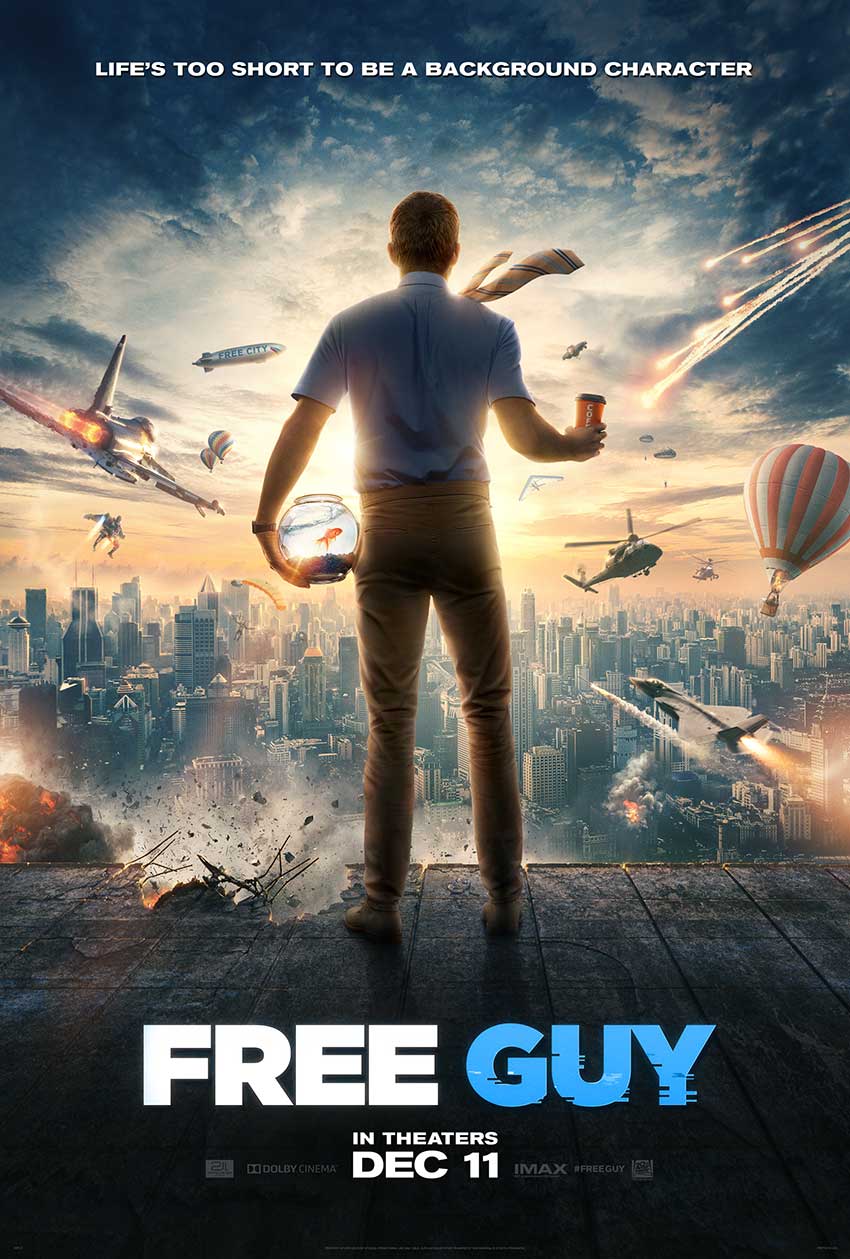 Official Synopsis
Ryan Reynolds stars as a bank teller who discovers he is actually a background player in an open-world video game, and decides to become the hero of his own story—one he rewrites himself. Now in a world where there are no limits, he is determined to be the guy who saves his world his way, before it is too late.