New Poster and Trailer: Rosamund Pike in 'I Care A Lot' 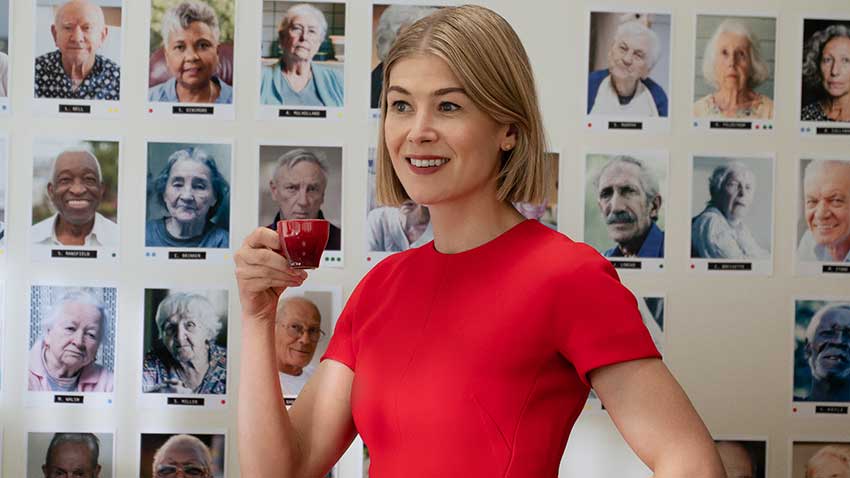 Rosamund Pike is deliciously cunning once again in Netflix's upcoming movie, I CARE A LOT. The GONE GIRL actress steals the elderly's life savings in the first trailer to Netflix's I CARE A LOT, but she messed with the wrong lady this time.

Official Synopsis
Poised with sharklike self-assurance, Marla Grayson (Academy Award nominee Rosamund Pike) is a professional, court-appointed guardian for dozens of elderly wards whose assets she seizes and cunningly bilks through dubious but legal means. It’s a well-oiled racket that Marla and her business-partner and lover Fran (Eiza González) use with brutal efficiency on their latest “cherry,” Jennifer Peterson (two-time Academy Award winner Dianne Wiest) — a wealthy retiree with no living heirs or family. But when their mark turns out to have an equally shady secret of her own and connections to a volatile gangster (Golden Globe winner Peter Dinklage), Marla is forced to level up in a game only predators can play — one that’s neither fair, nor square. 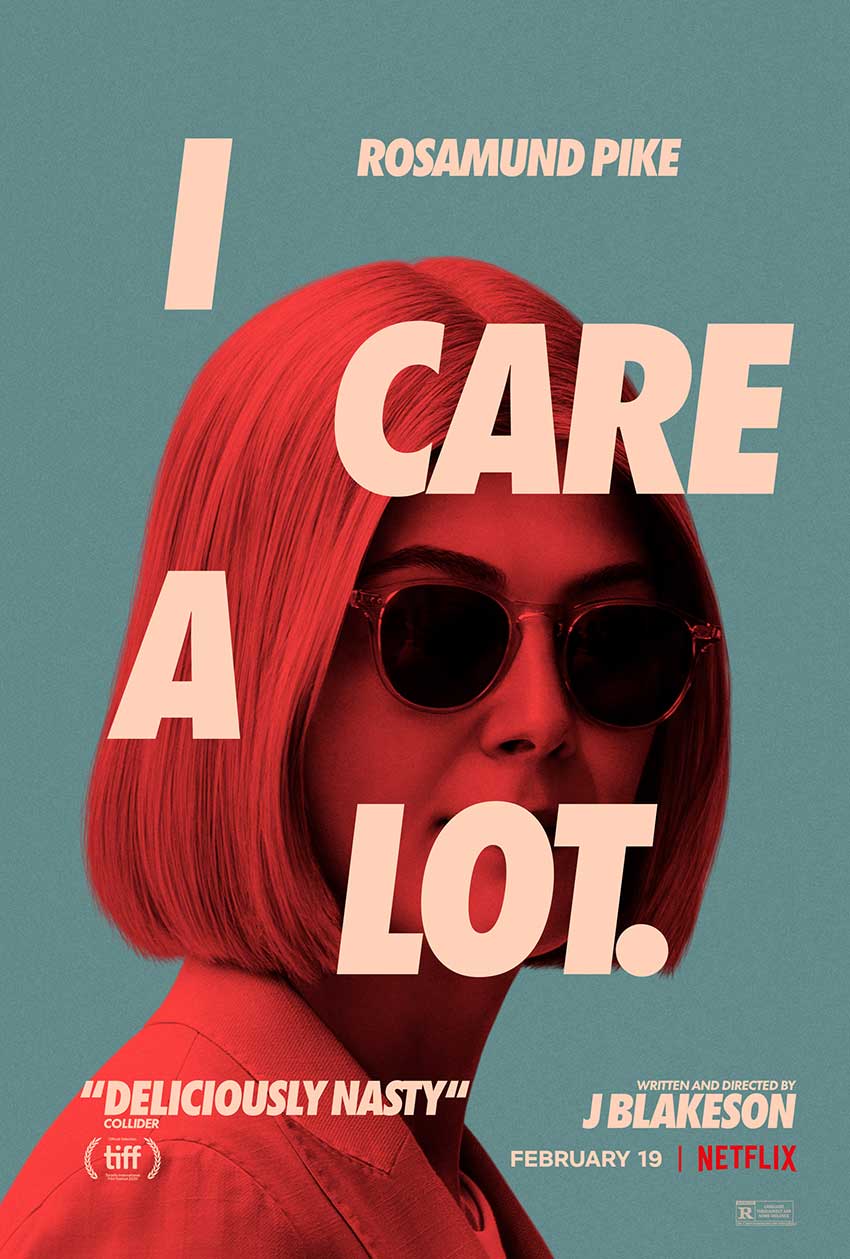