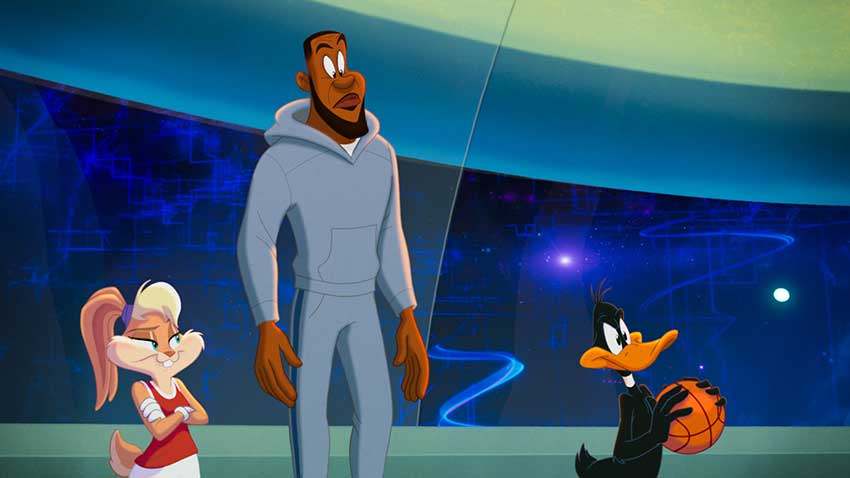 Warner Bros. released the new LeBron James SPACE JAM 2 trailer Saturday morning for a reason. The new preview features all the Saturday morning cartoons I grew up on like Scooby-Doo, the Flintsones, Captain Caveman, the Hanna Barbera cartoons, and of course all the Looney Tunes. Many are comparing the new trailer to READY PLAYER ONE because the entire Warner Bros. properties seem to be in it. Take a trip down memory lane below.

Keeping with the theme of the original, LeBron and the Looney Tunes must challenge the goons at a game of basketball to get back to his reality with his son. SPACE JAM 2 is directed by Malcolm D. Lee (GIRLS TRIP, THE BEST MAN) and produced by Ryan Coogler (BLACK PANTHER).

All the usual suspects are in the preview in addition to other beloved cartoon characters and characters from the Warner Bros. library such as Clockwork Orange, the dragon from Game of Thrones. The new preview certainly has the READY PLAYER ONE vibes in the visuals as well as the nostalgic feel.