A new trailer has landed for Keanu Reeves and Alex Winter's next adventure as Bill and Ted. With it comes the news that once again the film has been delayed to September 1st, but the sequel will also be available On Demand in addition to movie theaters when it does land.

In the new BILL & TED FACE THE MUSIC trailer, the dudes who haven't outgrown their personas are tasked once again to save the world with music. We see more of their daughters played by Samara Weaving and Brigette Lundy-Paine.

The trailer arrives before their Comic Con@Home appearance this Saturday at 3pm for a panel discussion on the third film in the franchise. Kevin Smith will be moderating the panel with Keanu Reeves, Alex Winter, Samara Weaving, Brigette Lundy-Paine, William Sadler, director Dean Parisot alongside writers Ed Solomon and Chris Matheson. You can watch at the following YouTube link. https://youtu.be/cgGNBPIk3q8

The good news for fans is that BILL & TED FACE THE MUSIC will be available to watch at home for those not comfortable returning to a movie theater near you. It's a great way to introduce the iconic characters to a younger audience to share in the experience. However, this title seems like a great movie to watch at a drive-in, unfortunately there are not many around so if you're fortunate to have one nearby - you also have that option. 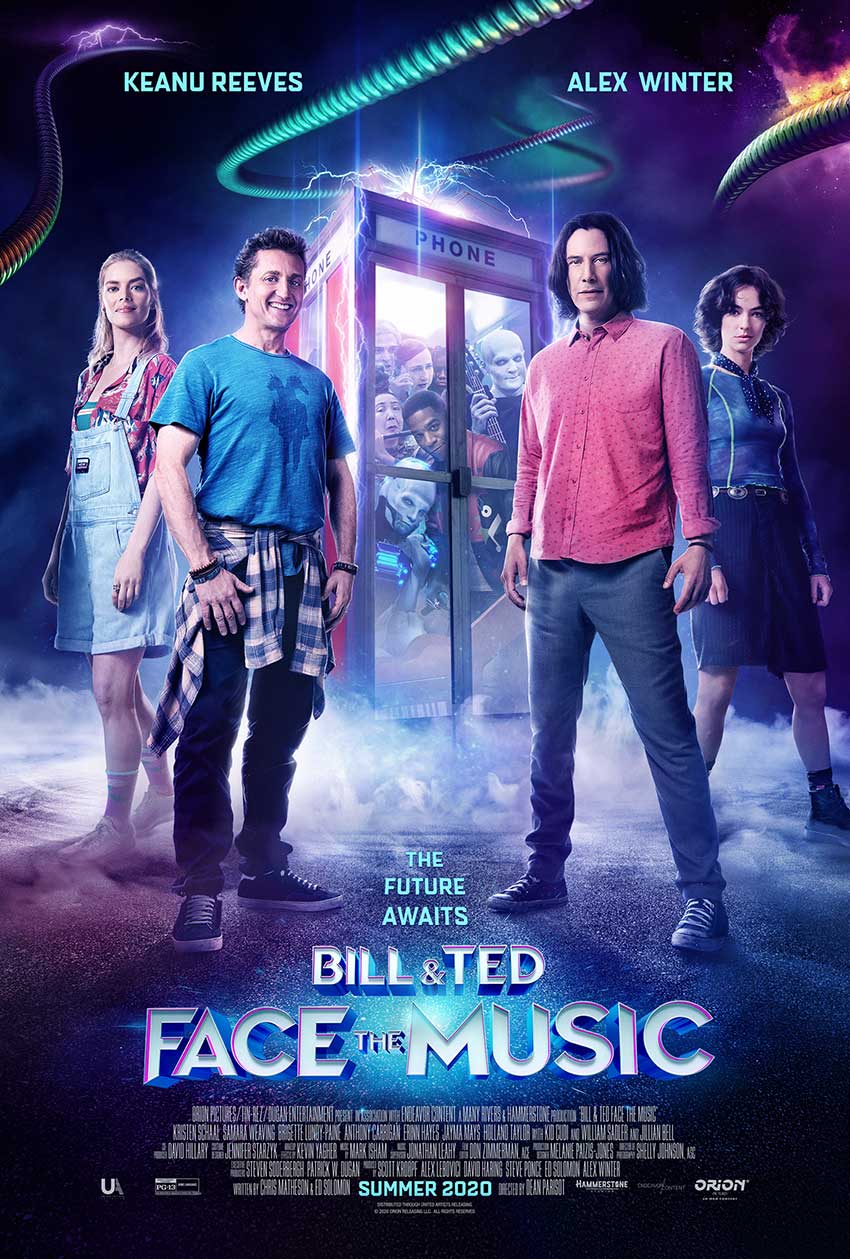 Official Synopsis:
The stakes are higher than ever for the time-traveling exploits of William "Bill" S. Preston Esq. and Theodore "Ted" Logan. Yet to fulfill their rock and roll destiny, the now middle aged best friends set out on a new adventure when a visitor from the future warns them that only their song can save life as we know it. Along the way, they will be helped by their daughters, a new batch of historical figures, and a few music legends - to seek the song that will set their world right and bring harmony in the universe.