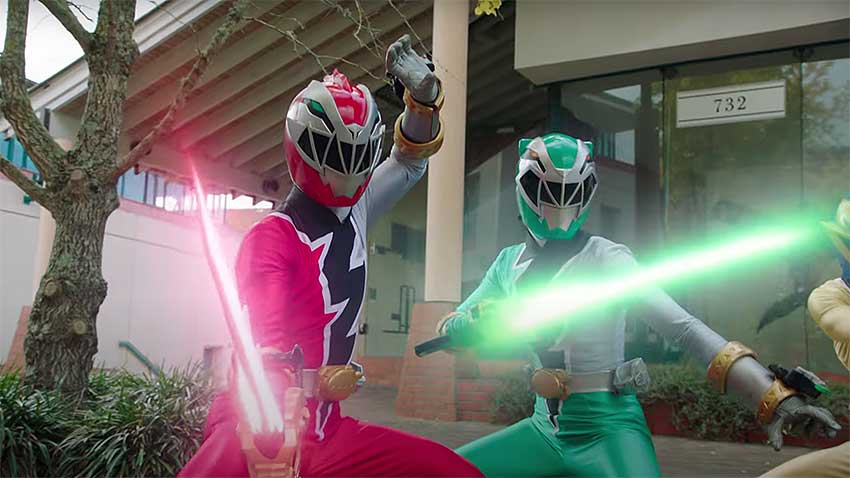 Power Rangers, the longest-running kids’ live-action series will return for the 30th season in 2023. Production will begin shooting this Fall in New Zealand. The latest incarnation of the series, Power Rangers: Dino Fury, is now streaming on Netflix with the second half of the current season premiering on September 29, 2022. The story will continue in the 30th season with the current line-up of Power Rangers.

Created by Haim Saban, Mighty Morphin Power Rangers debuted in 1993 and 900 episodes have aired since. On Power Rangers Day August 28,, Hasbro’s entertainment studio Entertainment One (eOne) announced the current line-up will return for a third season in 2023 in which the Rangers will be going into space in Power Rangers: Cosmic Fury.

In Power Rangers: Dino Fury, an army of powerful alien beings is unleashed on Earth threatening life as we know it. The team of Power Rangers, fueled by the prehistoric power of the dinosaurs, are recruited to deal with the threat.

The first half of Power Rangers: Dino Fury Season 2 is currently available on Netflix. The second half of the season will premiere exclusively on Netflix on September 29, 2022. Additionally, Hasbro’s toy line, inspired by the series, is available online and in stores now.

SYNOPSIS: In Season 2, with the seeming defeat of the villainous Void Knight, Pine Ridge has enjoyed a period of relative calm. The Rangers have thrown themselves into their civilian lives while Zayto and Aiyon use the technology of Dinohenge to search for their home planet of Rafkon. That’s all about to change. With villains new and old gathering against them, the adventure of the Dino Fury Power Rangers is only beginning.