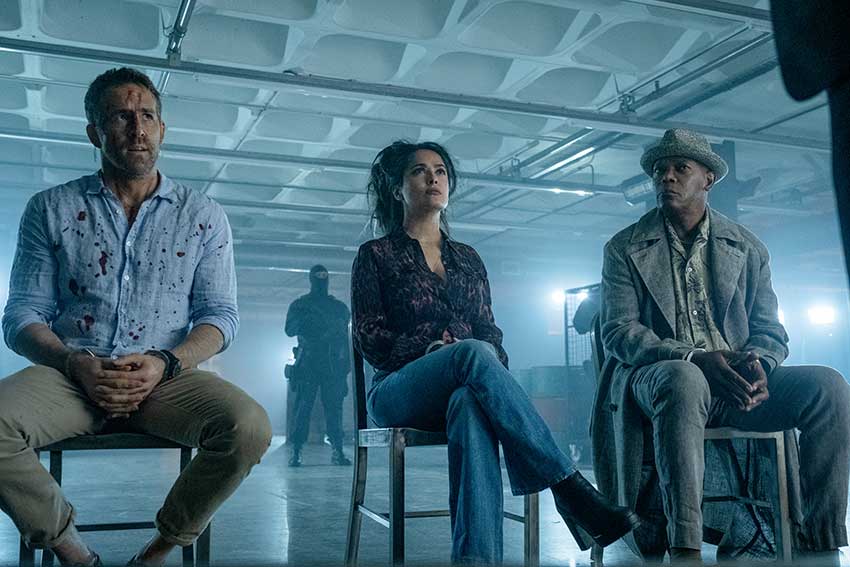 In the latest trailer for HITMAN'S WIFE'S BODYGUARD, Salma Hayek steals the show with the most kills in the new preview, and she seems to be Ryan Reynold's bodyguard. The sequel's plot line is hilarious and the reversal of roles is genius. Watch the very entertaining and promising new trailer.

Hayek's Sonia Kincaid returns in a much bigger role as the memorable foul-mouthed wife of Samuel L. Jackson's Darius Kincaid. It seems Reynold's Michael is suffering from PTSD from the last mission to save Darius, and is taking a sabbatical as a bodyguard, and using pepper spray to fend off killers.

The actual movie better deliver on this trailer because it looks like a worthy sequel. HITMAN'S WIFE'S BODYGUARD will be released only in theaters June 16.

Official Synopsis
The world’s most lethal odd couple – bodyguard Michael Bryce (Ryan Reynolds) and hitman Darius Kincaid (Samuel L. Jackson) – are back on another life-threatening mission. Still unlicensed and under scrutiny, Bryce is forced into action by Darius’s even more volatile wife, the infamous international con artist Sonia Kincaid (Salma Hayek). As Bryce is driven over the edge by his two most dangerous protectees, the trio get in over their heads in a global plot and soon find that they are all that stand between Europe and a vengeful and powerful madman (Antonio Banderas). Joining in the fun and deadly mayhem is Morgan Freeman as...well, you’ll have to see. 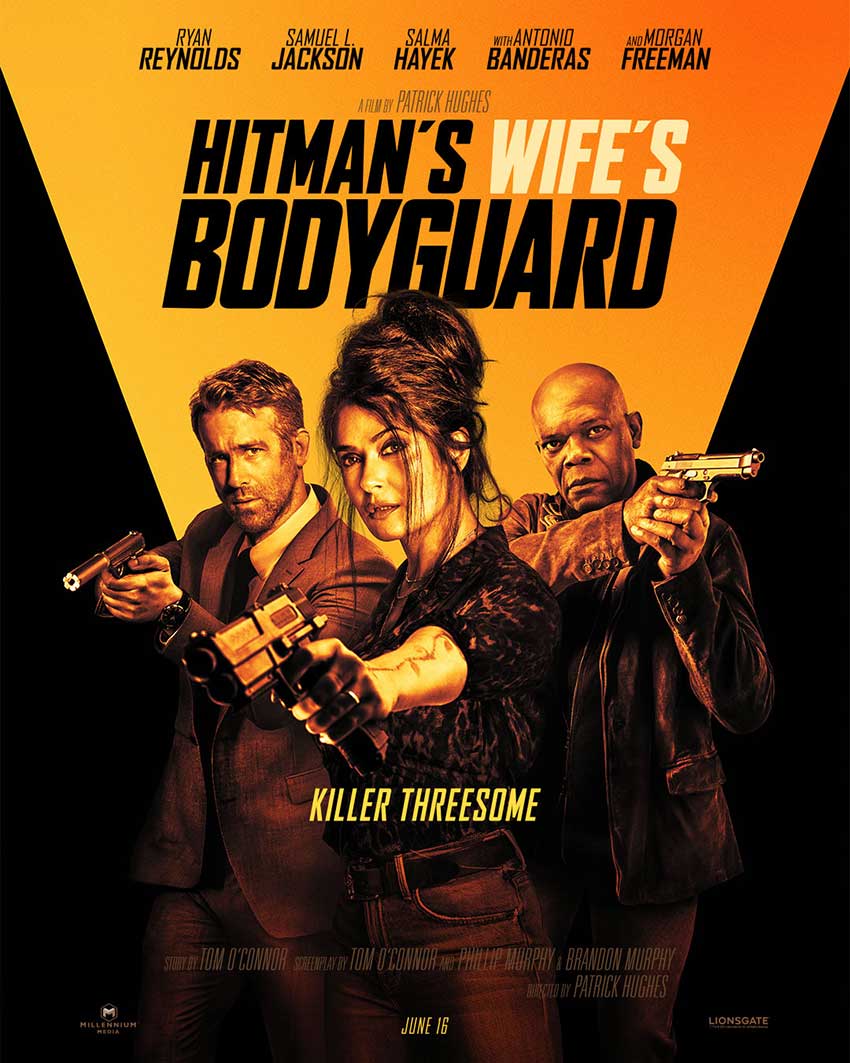