Netflix will wrap up Selena Quintanilla's story in Part 2 of Selena: The Series this May. Watch the new trailer and check out the key art for the series.

The final part of the two-part series premieres on May 4th, 2021. Christian Serratos portrays the late Tejano singer as an adult. Ricardo Chavira plays Abraham Quintanilla, and Gabriel Chavarria is A.B. Quintanilla.

While the show may not have been received with open arms, Selena's ardent fans will certainly return to watch the finale of her story. 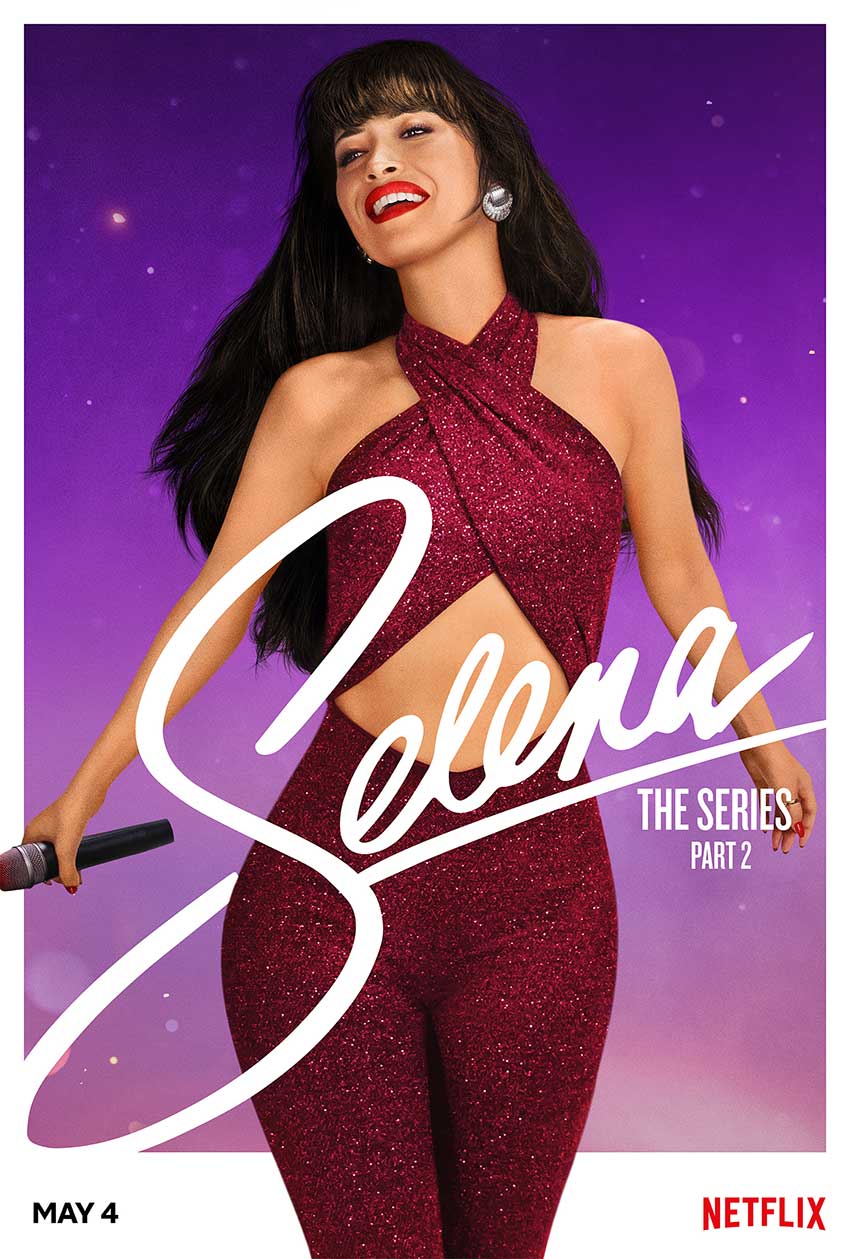 Official Synopsis
You listened to her singing, now you’ll hear her voice.

Before she became the Queen of Tejano Music, Selena Quintanilla was a young girl from Texas with big dreams and an even bigger voice. The two-part coming-of-age drama Selena: The Series explores the once-in-a-generation performer's journey as a young artist, from singing small gigs in Corpus Christi with her family to becoming one of the most successful Latin artists of all time — and the years of grit and sacrifice the Quintanilla family navigated together before Selena's meteoric rise to fame.