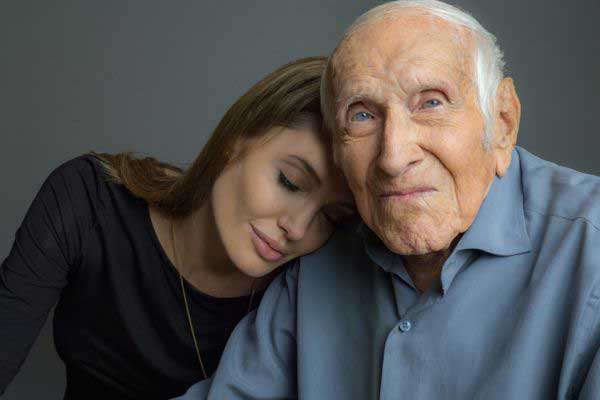 The epic drama, directed and produced by Angelina Jolie, follows the real-life story of Louis Zamperini's survival as a World War II crewman taken to a Japanese prisoner-of-war after surviving a near-fatal plane crash in the sea. Adapted from Laura Hillenbrand’s (“Seabiscuit: An American Legend”) novel, Joel and Ethan Coen (No Country for Old Men) took a crack at the screenplay from earlier drafts by William Nicholson (Les Misérables) and Richard LaGravenese (HBO’s Behind the Candelabra). Famed cinematographer Roger Deakins (Skyfall) brings his talents to the film and the result is beautifully photographed film from what little we see in this teaser.

The special Olympics Preview features an interview with Zamperini along with movie footage and narrated by news anchor Tom Brokaw. Images and footage from his past were also included in the three minute package.  New behind-the-scenes images from the film shot in Australia were also released (see below).

UNBROKEN will be released Christmas Day, 2014.