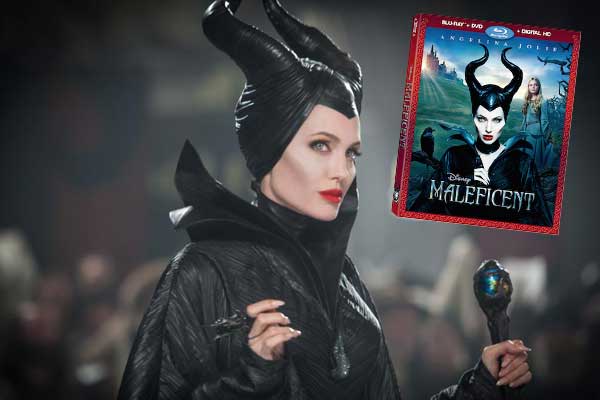 How can you forget MALEFICENT is coming to Blu-ray and DVD when half the population was dressed as Angelina Jolie’s character from the Disney live-action movie. The iconic villain from the classic Sleeping Beauty movie starring Jolie grossed over $700 million worldwide at the box office, and now families can enjoy it at home with tons of extras of behind the scenes footage.

Join the cast and crew as they explore how Disney's animated classic "Sleeping Beauty" was re-imagined as an innovative, live-action epic in "From Fairy Tale to Feature Film."   Discover how King Henry and Maleficent's opening battle scene was created using gigantic wire rigs and elaborate choreography in "Building an Epic Battle."  Learn how playing Aurora was a fairytale come true for actress Elle Fanning in "Aurora: Becoming A Beauty." And find out more about the meticulous detail that went into creating Maleficent's elaborate head wraps, rings and other accessories in "Classic Couture."  Viewers can also relive the film's journey to the screen through concept art, layered visual effects and behind the scenes footage in "Maleficent Revealed."

MALEFICENT's Elle Fanning Interview: 'I Smile A Lot Too'

Behind the Making of 'Maleficent': Angelina Jolie’s Wicked Accessories

How Maleficent Movie Almost Didn't Come To Be