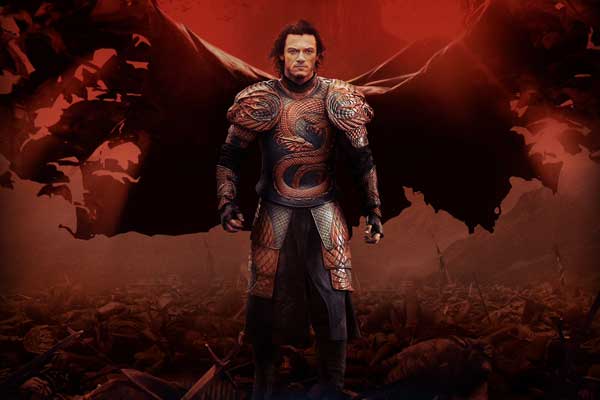 Continuing their movie-themed mazes, Universal Studios Hollywood and Universal Orlando Resort has announced that the upcoming movie “Dracula Untold: Reign of Blood” will be getting it’s own maze for this year’s “Halloween Horror Nights.”

Inspired by the upcoming movie “Dracula Untold: Reign of Blood” starring Luke Evans, the “Halloween Horror Nights” maze will introduce “Vlad the Impaler” before he becomes the famous Dracula.

For more on the new maze, read the official press release below. 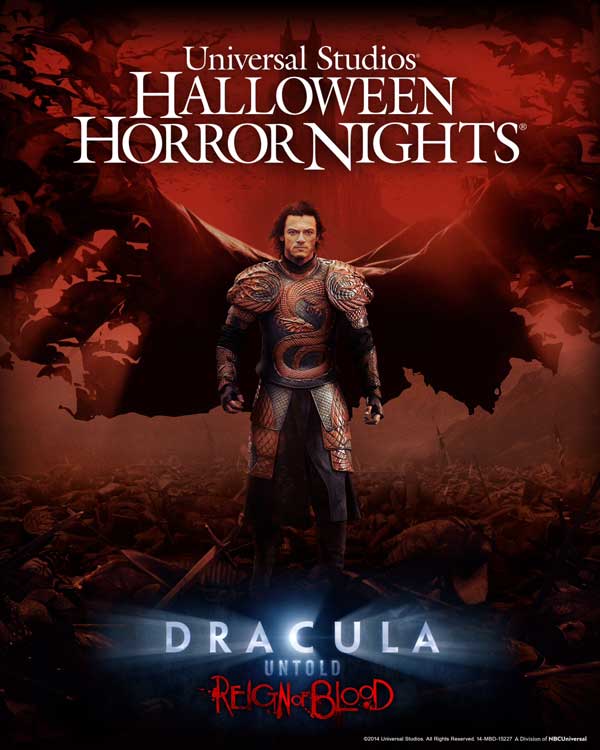 “Dracula Untold: Reign of Blood” will introduce guests to the sadistic Transylvanian ruler Vlad Tepes, known as “Vlad the Impaler,” who infamously tortured his enemies by impaling them alive with a wooden stake and suspending their bodies. The foreboding maze will also shed an ominous light on the one-time hero, turned blood-thirsty-tyrant, who chose to embrace unholy powers in order to defeat his enemies.  “Dracula Untold: Reign of Blood” will spiral guests through Dracula’s eternal damnation, where the thirst for blood is never-ending.

“‘Everyone thinks they know the story of ‘Dracula’,” said John Murdy, Creative Director at Universal Studios Hollywood and Executive Producer of “Halloween Horror Nights.” “But there is much more to the tale than just a dark figure lurking in the shadows, drinking blood.  While Dracula Untold will reveal the origin story of the man who became Dracula, our ‘Halloween Horror Nights’ maze will invite guests to experience the atrocities Dracula imposed on his victims in the most frightening and immersive way possible.”

“As a huge fan of the Universal Classic Monsters, my interest is certainly piqued any time a film explores other facets of the classic characters,” said Michael Aiello, Director of Entertainment – Creative Development, Universal Orlando Resort. “Dracula Untold offers a unique perspective on the origin of the world’s most famous vampire. Our maze will place guests within many of the pulse-pounding moments from the upcoming film, offering guests an unprecedented living preview of the horrors that await.”

Universal Studios’ “Halloween Horror Nights” events have a more than 20-year history of creating incredibly entertaining, horrifying Halloween experiences that are consistently rated the nation’s best. The events on each coast feature highly-themed, disturbingly real, haunted mazes based on everything from films to nightmares – and streets filled with hundreds of specially trained “scareactors.” Other announced “Halloween Horror Nights” experiences include, “The Walking Dead:  The End of the Line,” “From Dusk Till Dawn,” “Face Off: In the Flesh,” “The Purge: Anarchy” and “AVP: Alien vs. Predator.”

In addition to “Dracula Untold: Reign of Blood,” other “Halloween Horror Night” attractions will include “The Walking Dead:  The End of the Line,” based on AMC’s hit TV series, “From Dusk Till Dawn,” inspired by inspired by Robert Rodriguez’s cult film and El Rey network’s TV Series, “AVP:  Alien vs. Predator,” based on the Twentieth Century Fox film franchise, “Face Off:  In the Flesh,” based on Syfy’s TV series, and “Purge: Anarchy,” a new scare zone inspired by Universal Pictures’ blockbuster thriller.