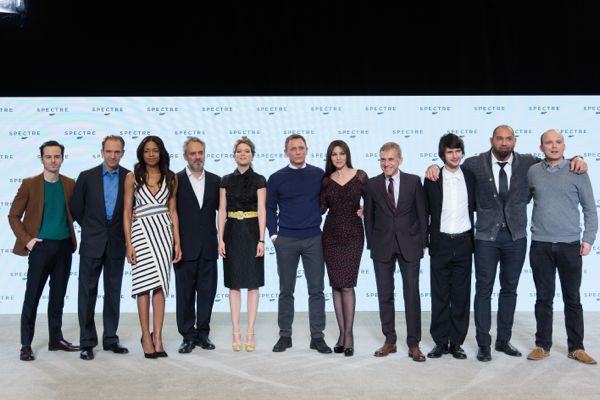 Rumors have been proven true with Christoph Waltz, Andrew Scott and Dave Bautista joining the 24th Bond movie which now has a name, and the new Bond girls will be Monica Bellucci and French actress Léa Seydoux (Blue is the Warmest Colors). Take a look at the new and returning cast for SPECTRE, and the new Aston Martin, the DB10 created just for the movie.

A cryptic message from Bond’s past sends him on a trail to uncover a sinister organisation. While M battles political forces to keep the secret service alive, Bond peels back the layers of deceit to reveal the terrible truth behind SPECTRE.

The 007 production will be based at Pinewood Studios, and on location in London, Mexico City, Rome and Tangier and Erfoud, in Morocco.  Bond will return to the snow once again, this time in Sölden, along with other Austrian locations, Obertilliach, and Lake Altaussee.