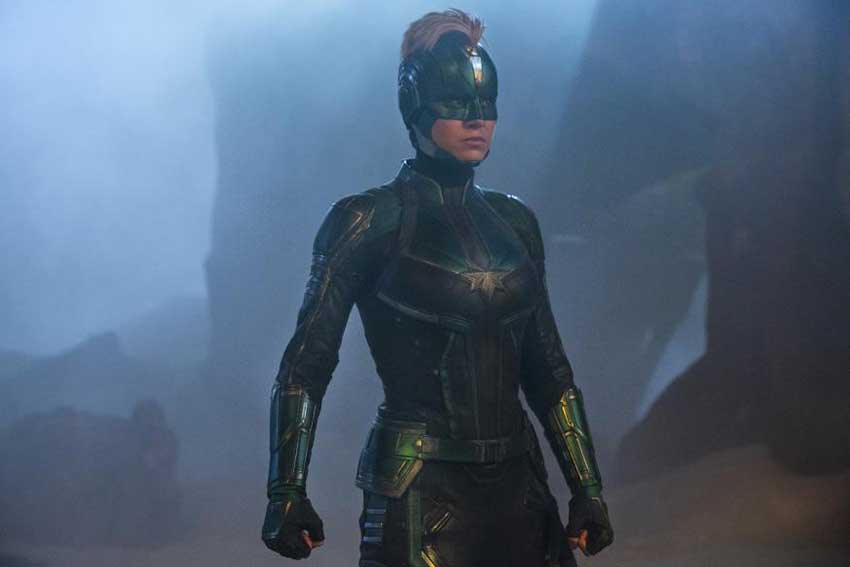 Captain Marvel is in full action mode in Marvel's exclusive look for CAPTAIN MARVEL which premiered during college footbal on ESPN. Take a look at the all-powerful Brie Larson as Carol Danvers aka Captain Marvel below.