Two mind-bending films had their newest trailer released this past week, ANTEBELLUM and Christopher Nolan's TENET. First Jordan Peele's production company and Universal released a new  ANTEBELLUM preview which reveals a bit more than the last trailer. After watching the latest trailer, here's our breakdown.

There's more clues in TENET'S new trailer than in the latest ANTEBELLUM, but here is what we can determine. In the teaser trailer, most assumed some sort of time travel is involved. However, a new reveal shows Veronica (Janelle Monáe), the successful author, being kidnapped from a suburban after a night out. This changes the original idea that somehow she travels back in time as the movie's title suggests.

ANTEBELLUM refers to the period prior to the American Civil War so perhaps instead of playing with time, something more sinister is going on. Perhaps this plantation with slaves exists in current day. Where would writer/directors Gerard Bush and Christoper Renz get that idea? Given the racial divide in the U.S., and the popularity of civil war re-enactments which have questionable motives - why not create a story about the possibility that someone would take re-enactiment to an all-new level.  It seems highly implausible in real-life but we are talking about fiction.

Or perhaps they do take the boring and usual route with time travel. But I like my take better, and it would fit more with Peele's brand a la GET OUT and US .

We won't have to wait long for answers as ANTEBELLUM is set for an August 21 release date, but the new trailer did not end the preview with a date slate given the uncertain future for movie theaters amid the COVID-19 pandemic - they may be open to moving the thriller. 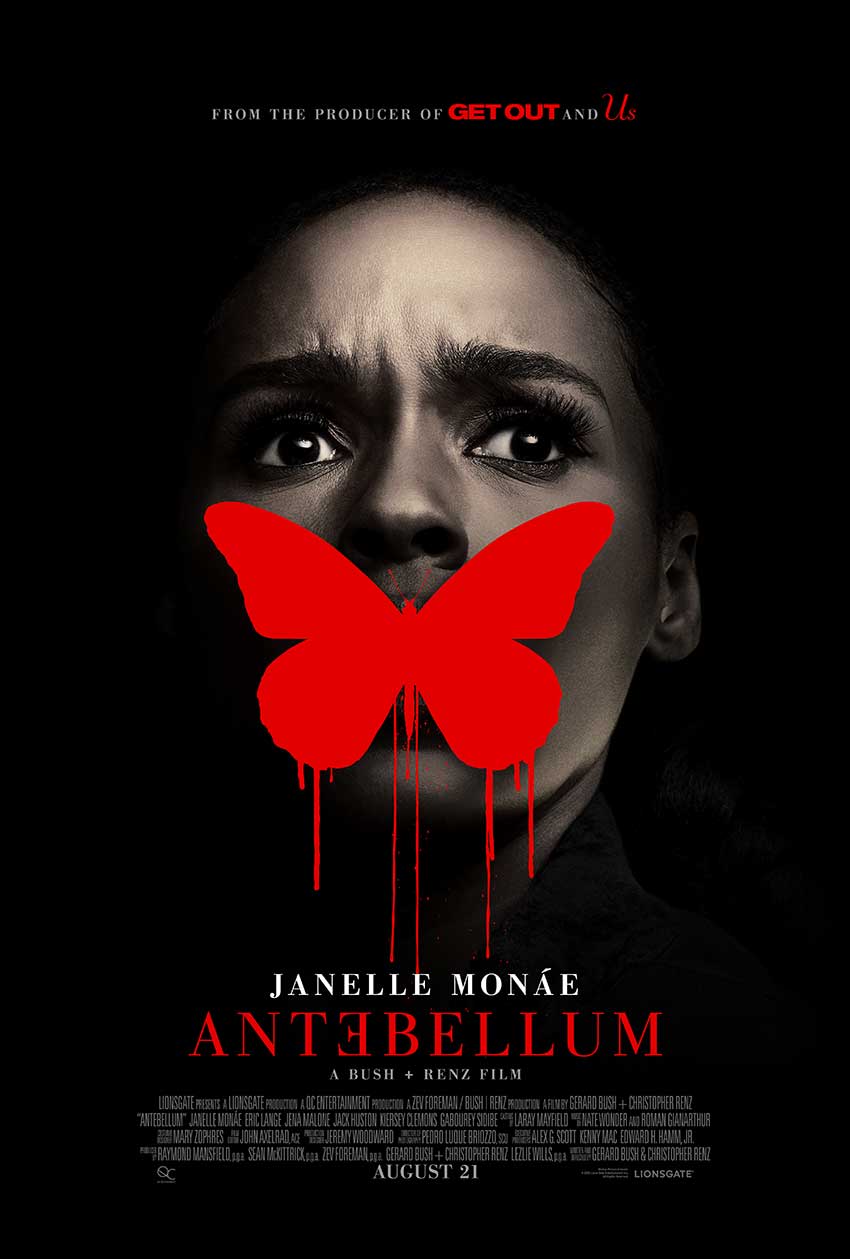