Keanu Reeves and Alex Winter visit themselves in the future, and find two really buff guys in the first teaser trailer for BILL & TED FACE THE MUSIC. The new trailer and poster arrive in honor of Bill & Ted Day.

The first shock in BILL & TED FACE THE MUSIC trailer is seeing the Orion Pictures logo since the MGM production company has not made many films since their heyday in the 80s and early 90s. MGM revived the production company in 2014 but there have not been any big titles released until now with the reunion of Keanu Reeves and Alex Winter as Bill Preston and Ted Logan.

Arriving in movie theaters August 21st, the stakes are higher than ever for the time-traveling exploits of William "Bill" S. Preston Esq. (Alex Winter) and Theodore "Ted" Logan (Keanu Reeves). The now middle aged best friends set out on a new adventure to seek the song that will set their world right and bring harmony in the universe, with the helped by their daughters (played by Samara Weaving and Brigette Lundy-Paine), a new batch of historical figures and a few music legends. 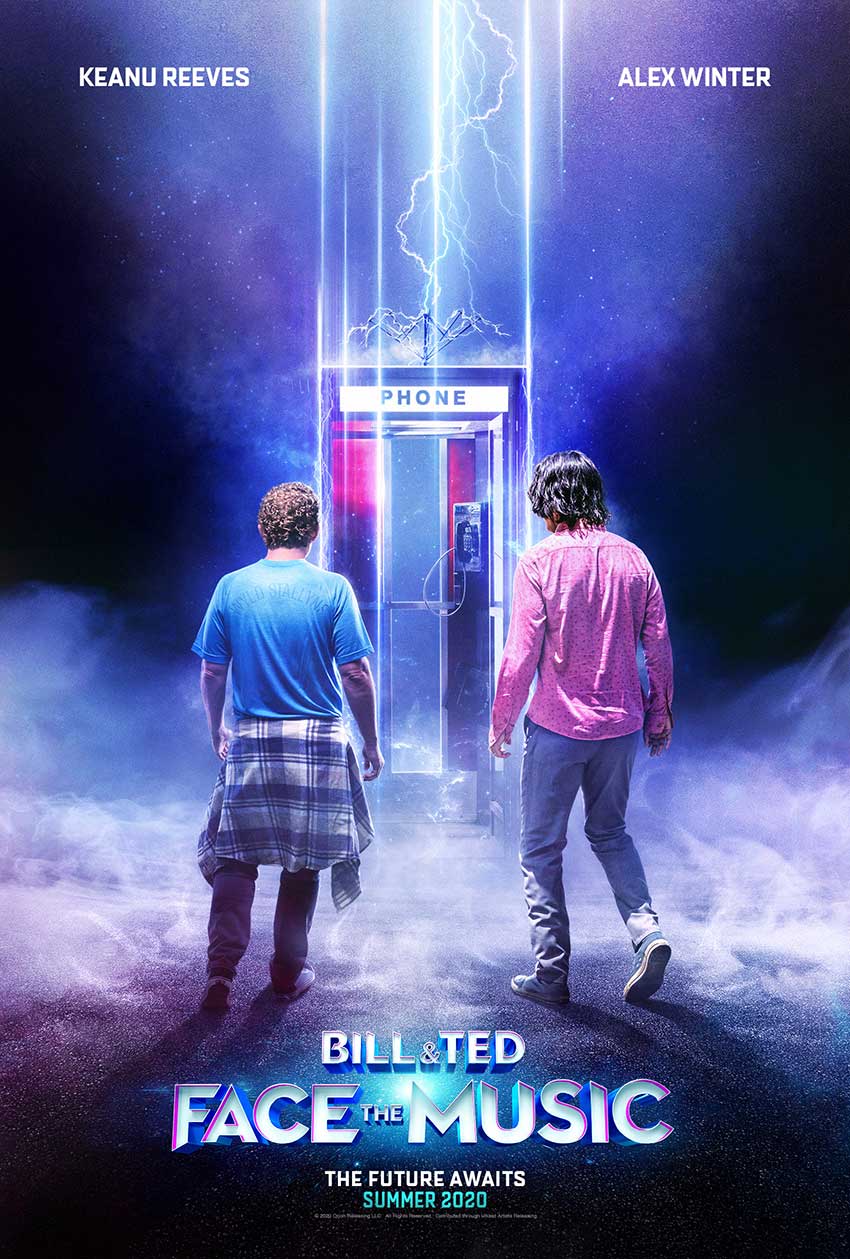