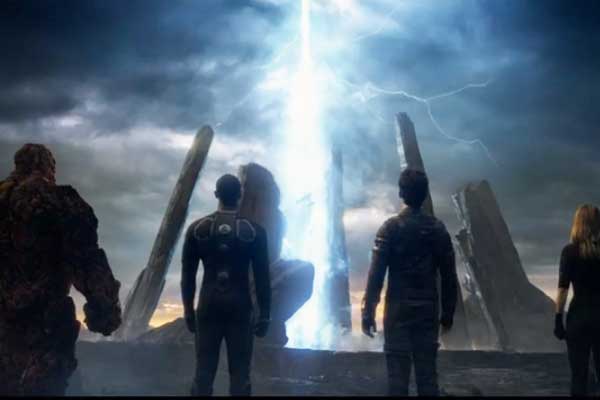 Take a look at the new Fantastic Four team in the just released teaser trailer for Josh Trank's reboot of the comic book series. This modern version of mutant four is definitely going to be darker judging by the 2-minute preview.  Watch!

Along with the first look, the trailer is also accompanied by commentary from director Josh Trank. The official movie website also launched at http://www.fantasticfourmovie.com/

With little dialogue and a lot of narration by a voice that sounds like that of actor Reg E. Cathey who plays Dr. Franklin Storm, the new preview focuses on presenting the new team over the voice that warns of the consequences of humanity's exploration into the unknown. Kate Mara as Sue Storm, Miles Teller as Reed Richards, Michael B. Jordan as Johnny Storm seem awfully young for the roles, but we have high hopes it works for the new story director Josh Trank has in mind. We don't see Jamie Bell as Ben Grimm in the trailer, but we do see The Thing come to life briefly. And missing from the preview is Toby Kebbell as Victor Domashev although he may be the person laying on a bed forewarning Reed.

The official synopsis (see below) also reveals how the team transform into the fighting foursome. They are teleporting to an alternate universe which alters their physical forms. Sounds interesting already, and ten times better than the previous movie incarnations.

FANTASTIC FOUR, a contemporary re-imagining of Marvel’s original and longest-running superhero team, centers on four young outsiders who teleport to an alternate and dangerous universe, which alters their physical form in shocking ways. Their lives irrevocably upended, the team must learn to harness their daunting new abilities and work together to save Earth from a former friend turned enemy