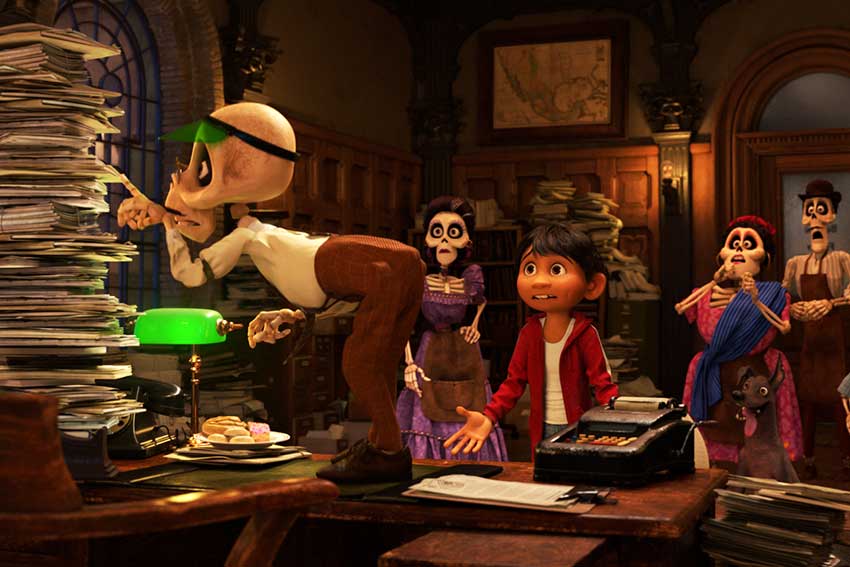 This Thanksgiving will be a colorful one at the theaters with Disney/Pixar's COCO, the animated adventure influenced by the Day of the Dead. Watch the latest preview titled "Find Your Voice" version for the movie starring the voices of Benjamin Bratt, Gael Garcia Bernal, Gabriel Iglesias and  Edward James Olmos.

ON COURSE TO CURSED – When aspiring musician Miguel (voice of Anthony Gonzalez) ends up in the Land of the Dead in Disney•Pixar’s COCO, his family takes him to the Department of Family Reunions where a busy clerk (voice of Gabriel Iglesias) informs him that he’s cursed. To return to the Land of the Living, Miguel will need a magical marigold petal and the blessing of a family member—but, according to the clerk, the family member can include any condition she likes—even forbidding music forever. 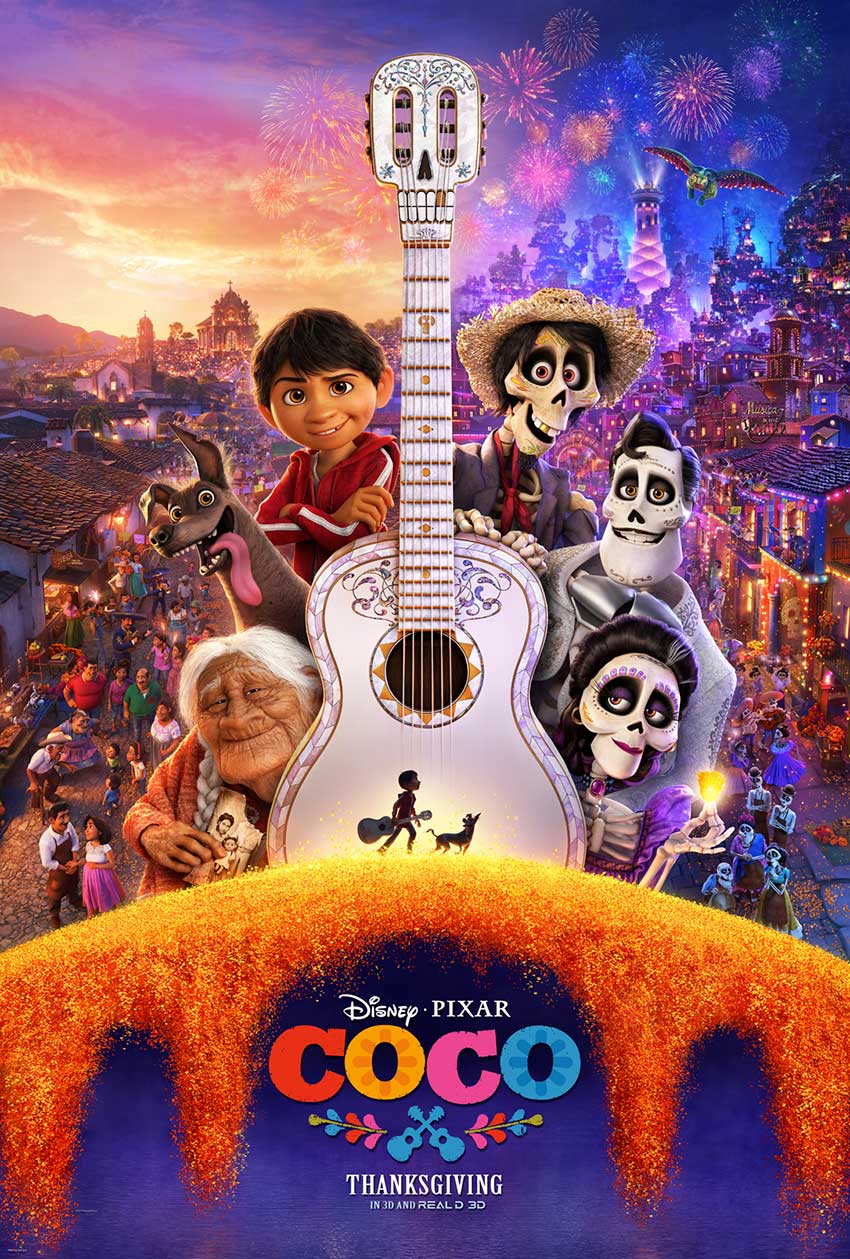