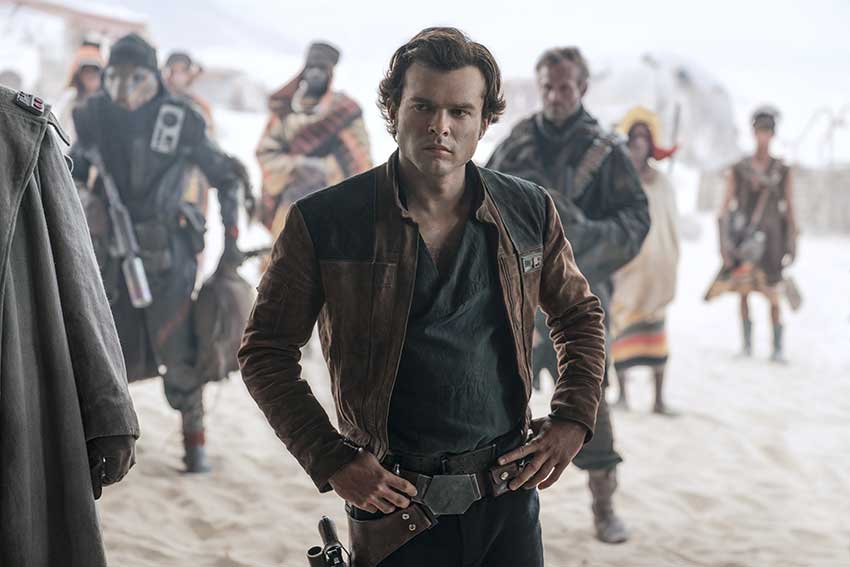 Lucasfilm and Disney have released a new trailer for SOLO: A STAR WARS MOVIE along with a cool new movie poster. Paul Bettany makes his first appearance and looks to be a villain in the prequel. We also get more information about a heist planned by Woody Harrelson's character which will set the path for Han Solo to meet Lando Calrissian and his future space ship, the Millenium Falcon.

Board the Millennium Falcon and journey to a galaxy far, far away in “Solo: A Star Wars Story,” an all-new adventure with the most beloved scoundrel in the galaxy. Through a series of daring escapades deep within a dark and dangerous criminal underworld, Han Solo befriends his mighty future copilot Chewbacca and meets the notorious gambler Lando Calrissian, in a journey that will set the course of one of the Star Wars saga’s most unlikely heroes. The film stars Alden Ehrenreich, Woody Harrelson, Emilia Clarke, Donald Glover, Thandie Newton, Phoebe Waller-Bridge, Joonas Suotamo, and Paul Bettany.

The wait is almost over when SOLO: A STAR WARS STORY opens in movie theaters on May 24.