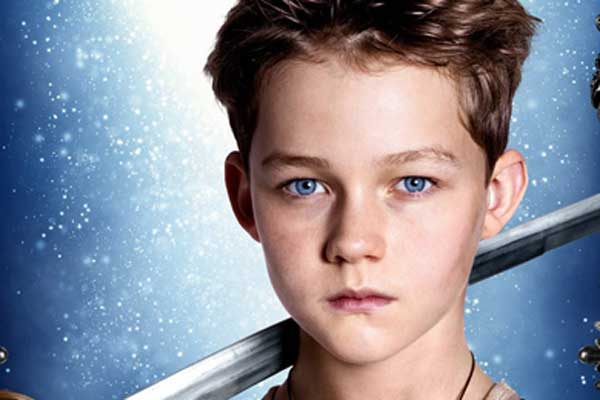 Be prepared to see Hugh Jackman as a menacing Blackbeard in the new live-action Peter Pan movie titled simply PAN. Watch the new trailer to the Peter Pan prequel, and check out the new character movie posters.

Besides Jackman, Garrett Hedlund (Tron: Legacy) and Rooney Mara (The Girl with the Dragon Tattoo) star along with newcomer Levi Miller as the new Peter Pan. PAN is directed by Joe Wright (Atonement, Pride & Prejudice), and based on the classic characters created by J.M. Barrie which is a prequel to the Peter Pan story we all know and love.

The action adventure follows the story of an orphan who is spirited away to the magical Neverland.  There, he finds both fun and dangers, and ultimately discovers his destiny—to become the hero who will be forever known as Peter Pan.