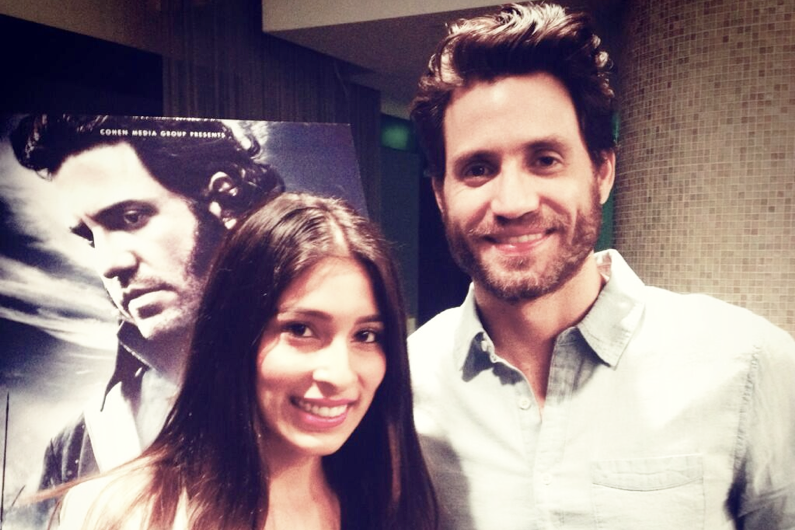 Edgar Ramirez is the new Bodhi. Will Ramirez keep his beard and long hair for the role as pictured above? The POINT BREAK remake begins shooting today with the Venezuelan hottie playing the role Patrick Swayze made famous as the extreme sports enthusiast who unknowingly befriends a young undercover FBI agent posing as another sports enthusiast. Warner Bros. announced the news Thursday (release below) with a reveal of the plot as well as the new stars which include some big names from extreme sports.

In the updated version of POINT BREAK, the story is very similar but with a different setting that reflects the popularity of extreme sports globally. It expands from the surfing world to extreme sports with big names like snowboarders Lucas DeBari, Ralph Backstrom, Mitch Toelderer, Mike Basich and Xavier De La Rue; motorcyclists Riley Harper and Oakley Lehman; wingsuit stunt pilots Jeb Corliss, Jon Devore, Julian Boulle, Noah Bahnson and Mike Swanson; and free climber Chris Sharma, among others performing the daring stunts themselves. The action will take the production to four continents.

CineMovie recently interviewed Edgar Ramirez for his role in "The Liberator" which opens in October recently but you can also catch him in the July 2nd film "Deliver Us From Evil." Ramirez appeared bearded with long hair slicked back so he may be going for the scruffy look Swayze sported in the original which is okay by us. He looks good in anything.

As with the original 1991 hit starring Swayze and Keanu Reeves, a young FBI agent infiltrates the world of extreme sports to uncover a group pulling off corporate heists.

POINT BREAK is planned for a August 7, 2015 release. Read more below from the official Warner Bros. press release.

In “Point Break,” a young FBI agent infiltrates an extraordinary team of extreme sports athletes he suspects of masterminding a string of unprecedented, sophisticated corporate heists. Deep undercover, and with his life in danger, he strives to prove they are the architects of the mind-boggling crimes that are devastating the world’s financial markets.

Director Ericson Core, who served as director of photography on such films as “The Fast and the Furious,” will also serve as director of photography. Other behind-the-scene team members include Oscar-winning editor Thom Noble (“Thelma & Louise,” “Witness”), production designer Udo Kramer (“North Face,” “The Physician”) and Oscar-nominated costume designer Lisy Christl (“Anonymous,” “White House Down”).

“Point Break” is inspired by the classic 1991 hit starring Patrick Swayze and Keanu Reeves. It is scheduled for release on August 7, 2015, and will be distributed in North America and in select territories around the world by Warner Bros. Pictures, a Warner Bros. Entertainment Company.