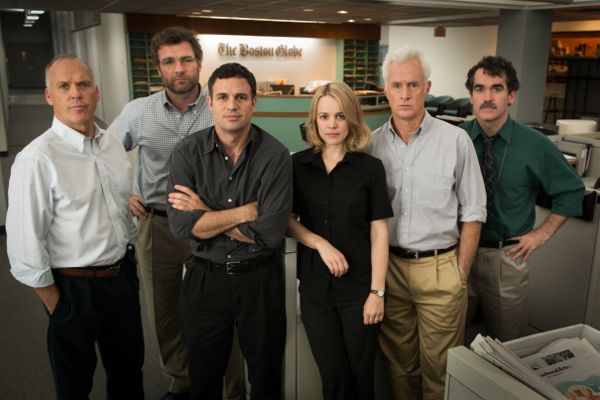 Michael Mann's The Insider took on the real-life case against the tobacco industry, and now we have a similar investigative story surrounding the abuse of the Catholic Church in SPOTLIGHT. Watch the new trailer starring Michael Keaton, Rachel McAdams, Liev Schreiber, Marc Ruffalo and Stanley Tucci.

Directed by Thomas McCarthy, SPOTLIGHT tells the riveting true story of the Pulitzer Prize-winning Boston Globe investigation that would rock the city and cause a crisis in one of the world’s oldest and most trusted institutions. When the newspaper’s tenacious “Spotlight” team of reporters delve into allegations of abuse in the Catholic Church, their year-long investigation uncovers a decades-long cover-up at the highest levels of Boston's religious, legal, and government establishment, touching off a wave of revelations around the world.