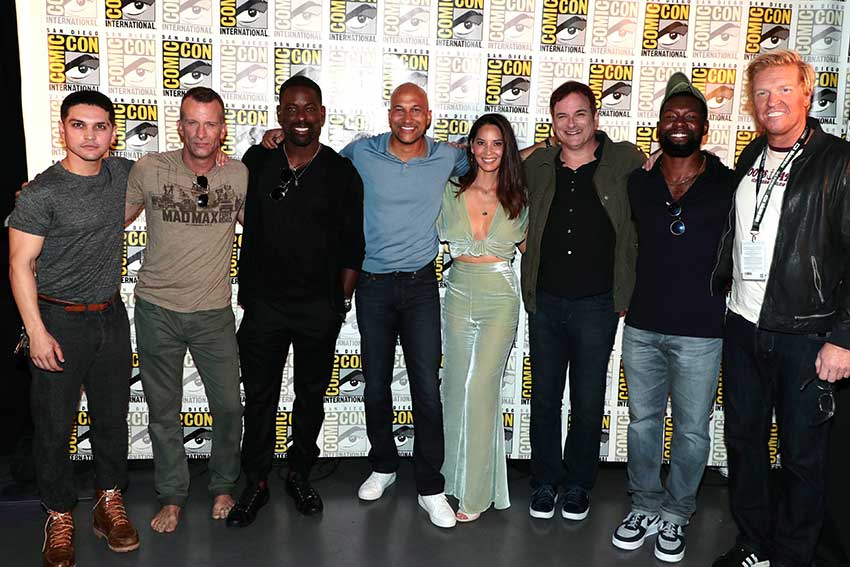 THE PREDATOR's writer/director Shane Black along with his cast entertained the Hall H crowd at San Diego's Comic Con Thursday with their hilarious stories from the set. It's a miracle the film was even made considering all the hijinks from the actors on set. That humor was reflected in one of the clips shown exclusively at the panel, while the second clip captured the horror Black promises to deliver on this new entry in the PREDATOR franchise.

Olivia Munn, Sterling K. Brown, Thomas Jane, Keegan-Michael Key, Trevante Rhodes, newcomer Augusto Aguilera and Jake Busey along with Black presented two never before seen clips which were the complete opposite in tone. The first clip previewed introduces us to the rag tag crew of ex-soldiers and Munn's scientist who doesn't take kindly to the men's sense of humor. Munn's Casey is passed out on the bed in a hotel room surrounded by the men placing things around her. When she wakes up, she grabs a shotgun and points it towards them. They start laughing when its revealed they were taking bets as to what items she would reach for when she woke. They continues to mess with her until she gives in to working with them to save the world from the Predator.

The humor is obviously a nod to the original 1987 film which ironically Shane Black starred in. In the OG Predator movie, humorous banter was part of the dynamic between the soldiers. There's more here in the new entry, but Black promises to return to the horror roots.

In the second clip, the horror is on display as two Predators take each other on, except one is two times much bigger than the average. The fight is brutal and the king kong of Predators is a massive, scary sight. When Black set up the clip, he hinted at the fact that perhaps the Predator having been defeated by humans multiple times may have sent a stronger Predator to do the job. Although the previous trailers hinted that the massive Predator is a result of human experimentation, the average Predator may be the scientific experiment and not the larger one.

One of the stars also revealed his connection to the PREDATOR franchise. Jake Busey explained how his whole life he's avoided comparisons to his father Gary Busey who starred in the PREDATOR 2 (1990). He revealed he was on the set of that movie as a kid so it seemed fitting that he, too, partake in the same franchise, and ironically he points out both were the same age when they filmed their respective films.

Black said he would love to see another entry into the AVP (ALIEN VS PREDATOR) universe since he enjoyed them. Maybe he should get to work on that idea.

After the panel, FOX released a new image and a mini-poster which was handed out to Hall H attendees before the panel. Check those out below. 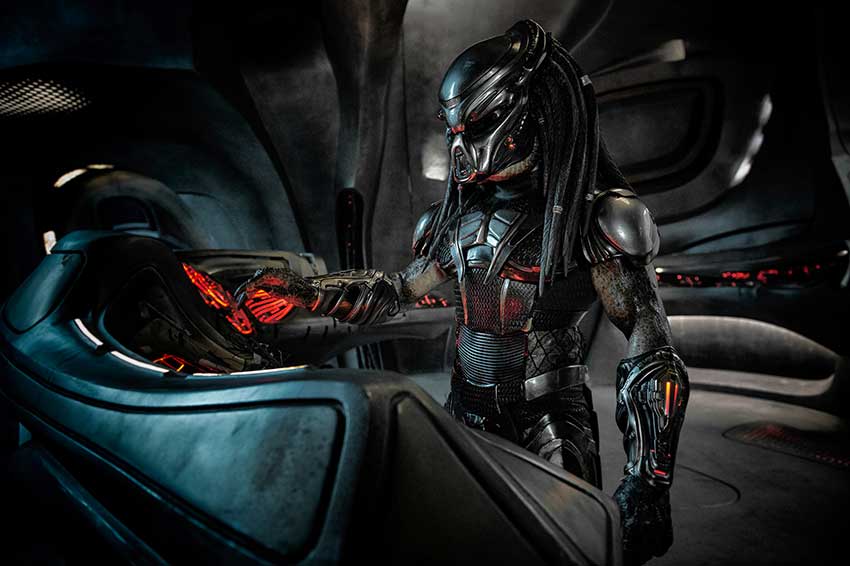 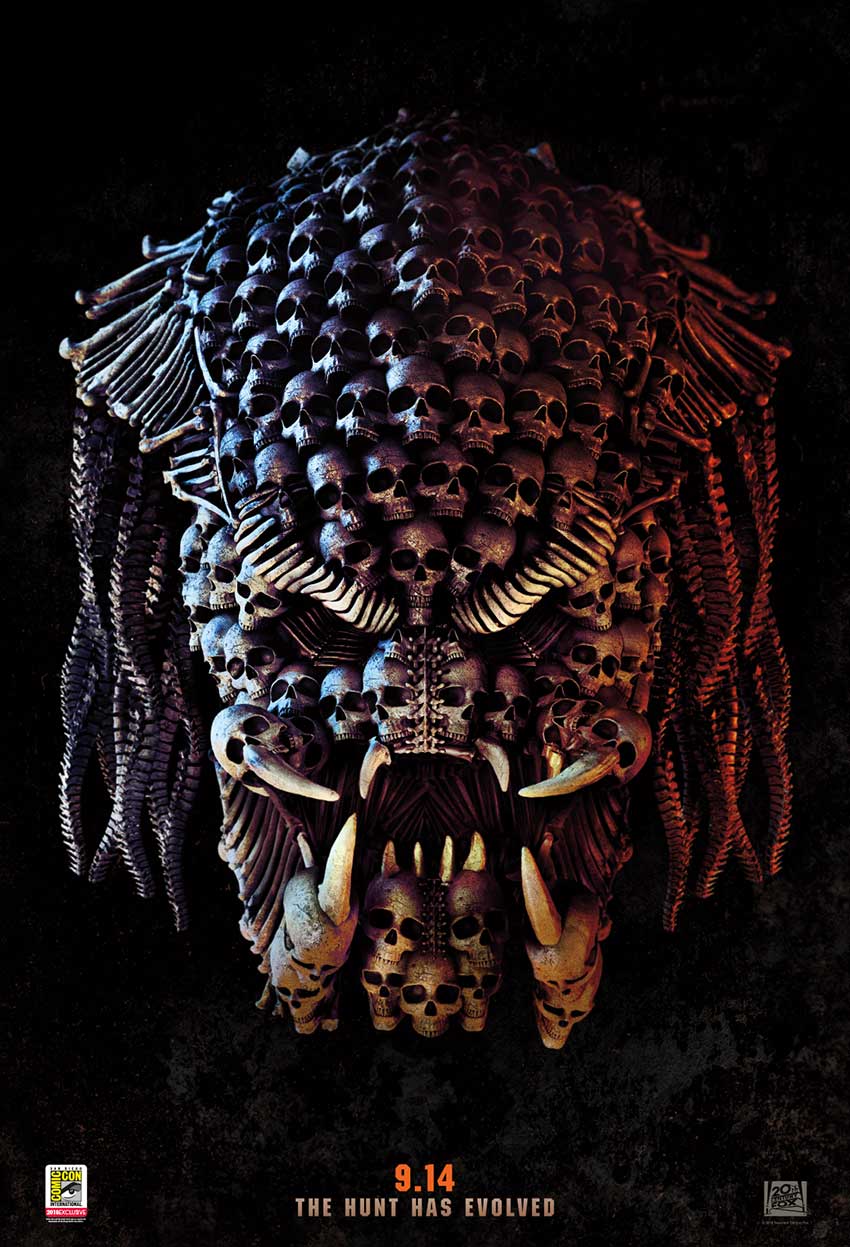