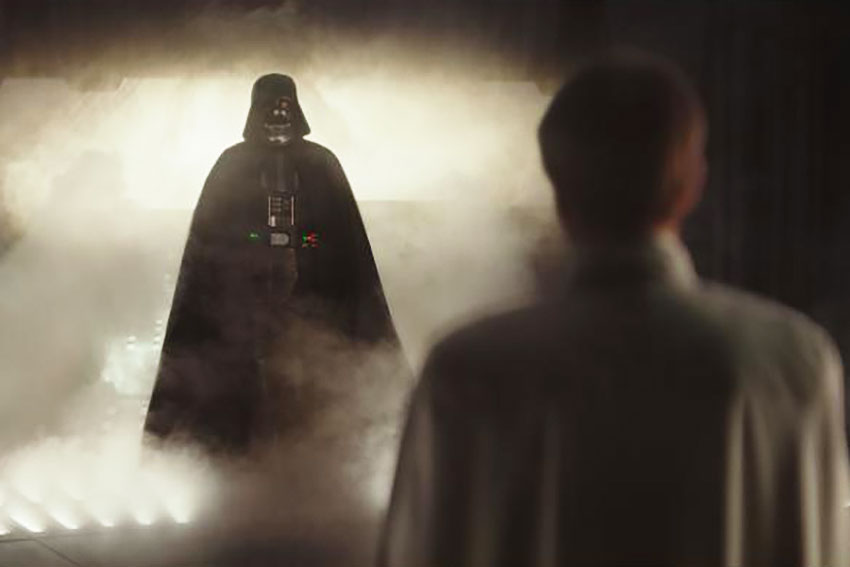 It's here. The second trailer for STAR WARS: ROGUE ONE delivers more story and background on Jyn (Felicity Jones) plus we're hearing a new music track.

All the key players show up in this latest preview for ROGUE ONE including more of Darth Vader although he doesn't have any dialogue, but we're still giddy. We also get more backstory for Felicity Jones' character as far as her father's (Mads Mikkelsen) involvement in building the Death Star.

Ben Mendelsohn's Director Krennic will be giving Darth Vader a run for his villainy as his look alone is threatening enough. And watch for the scene in which he says with such menace "the power" with a certain gesture that remind us of Vader's line in EMPIRE STRIKES BACK when he's trying to recruit Luke to the dark side. 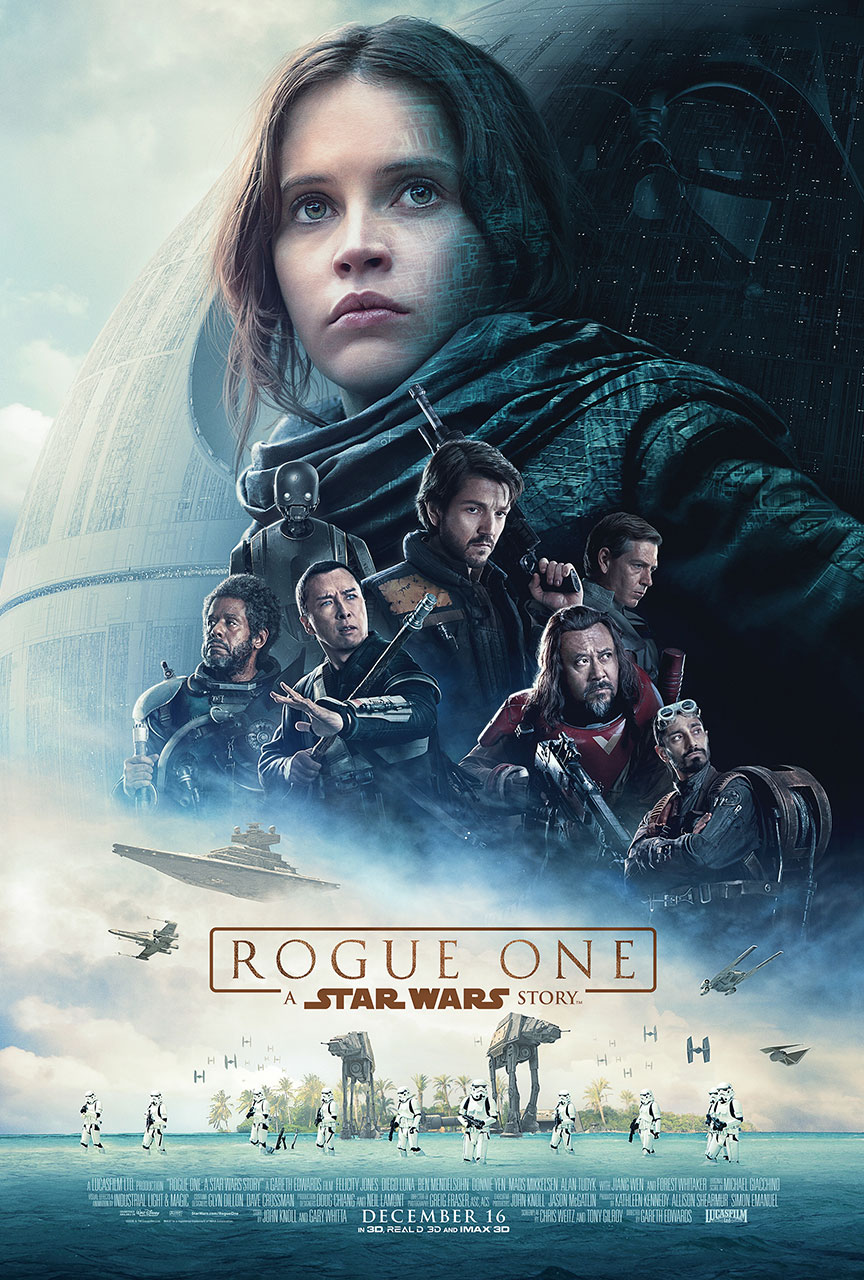