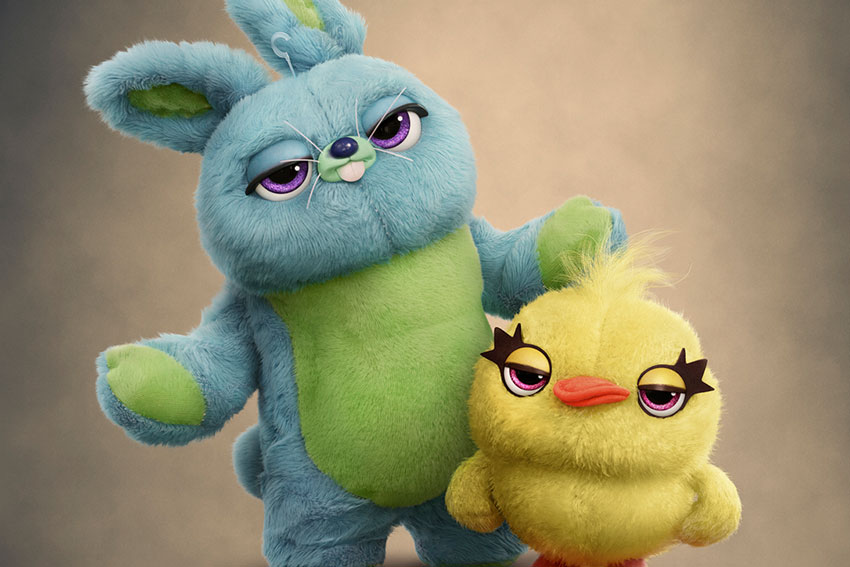 Jordan Peel and Keegan-Michael Key reunite to lend their voice in TOY STORY 4 as Bunny and Ducky. A new clip has the funny duo making fun of Buzz Lightyear and his favorite phrase in addition to reacting to the teaser trailer which premiered Monday. The two voice characters in the movie as the toy crew crash a carnival.

Sadly we have to wait until next summer when our favorite toys return in movie theaters on June 21, 2019. But at least we now know the plot of the new adventures in TOY STORY 4. Along with the new clip, the plot was revealed. Read below for the official synopses.

Woody’s journey in TOY STORY 4 includes a visit to a carnival where he meets Ducky and Bunny, two carnival prizes who are eager to be won. But when their plans are rudely interrupted by Woody and his friends, they find themselves on an unexpected adventure with a group of toys who have no idea what it feels like to be tacked to a prize wall.