Al Yankovic is half of the writing team along with director Eric Appel.

Official Synopsis
Daniel Radcliffe is “Weird” Al Yankovic in the unexaggerated true story about the greatest musician of our time. From a conventional upbringing where playing the accordion was a sin, Al rebelled and made his dream of changing the words to world-renowned songs come true. An instant success and sex symbol, Al lives an excessive lifestyle and pursues an infamous romance that nearly destroys him. 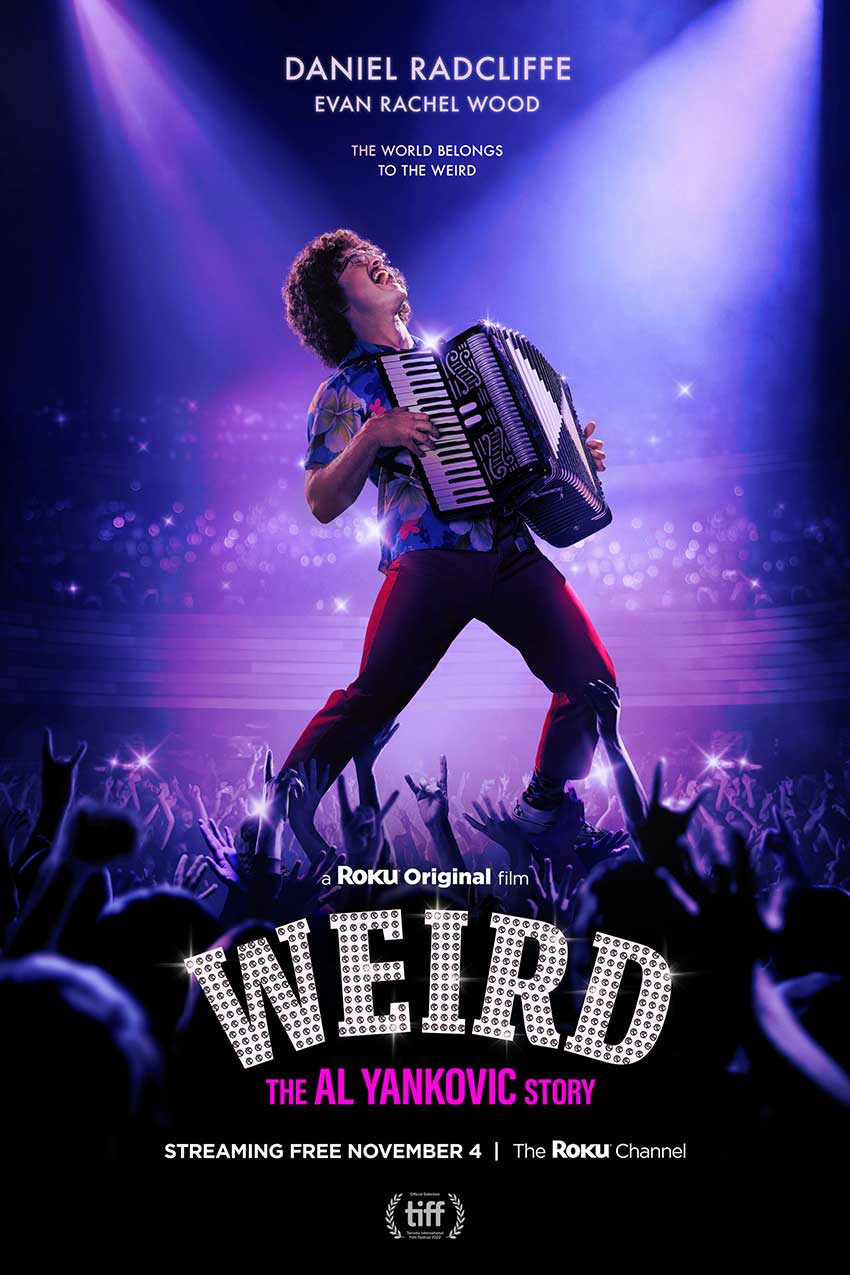