As one of India’s most major contributions to entertainment, Bollywood is no slouch. Each year, Bollywood sells more tickets and produces more films than its Hollywood counterpart, all while having considerably lower average budgets for both advertising and production. Despite a slow start internationally, Bollywood is increasingly making headway in foreign markets, including the all-important stalwarts of the United States and China.

At of 2020, around 8% of total box office revenue from Bollywood comes from international markets. This is expected to see significant growth in the coming years, alongside the simultaneous expansion of the greater Indian film industry. In just seven years, Indian movies have gone from generating $1.6 billion in 2013 to $2.4 in 2019, and this expansion is expected to continue. So why has this evolution taken place, and which components of modern culture are the most contributory?

Perhaps the most important component in bringing Bollywood to the rest of the world is that afforded by communication technology. The internet has broken, bridged, or otherwise destroyed many of the former barriers which separated the former entertainment world – and this has given India's film industry a new direction to turn.

On a cultural level, this increased connectivity has made the people of the world much more accepting and interested in foreign media. Aided by fast subtitle adoption and high-quality releases, viewers no longer pass over outsider creative work as they once did. This was recently illustrated by South Korea's wins for PARASITE in the 2020 Academy Awards, which was a huge win for international films.

The same can be said about other forms of international entertainment, such as the different gaming subsets. Marketplaces for video games like Steam have proven enormous hits in bringing together gamers of the world in the likes of Destiny and Call of Duty. Similarly, websites like Casino Market have helped localised audiences like those in India find access to a range of online casinos, providing access to bonus offers, promotions, and high-quality software. Taken in its entirety, the online world has created a two-way street and the capacity for much more open conversation.

Aside from physical limitations, the cultural barrier was also one which held back many potential viewers from becoming engaged in Bollywood media. Unusual at best, and inscrutable at worst, there are some aspects which, no matter how well translated, are going to leave viewers clueless.

The counter to this has been films that rely on themes and ideas that know no borders. Love, trust, betrayal, and family; all of these are universal, and all have helped Bollywood thrive in countries very different in societal makeup. For example, China has seen a hugely increased interest in Bollywood in recent years, and as this market is potentially the largest in the world, such involvement is overwhelmingly important. 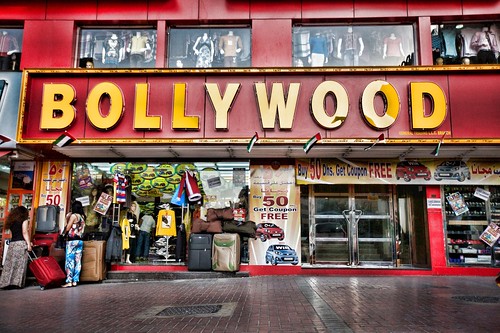 As the entire landscape of international media continues to grow, inevitably, Bollywood will eventually become a much more global arm of the industry. Already having theatres in other countries showing their films on release, we might soon see international screenings approach standardisation. So, if you’ve ever been interested in checking out what Bollywood has to offer, there’s never been a better time to get started.