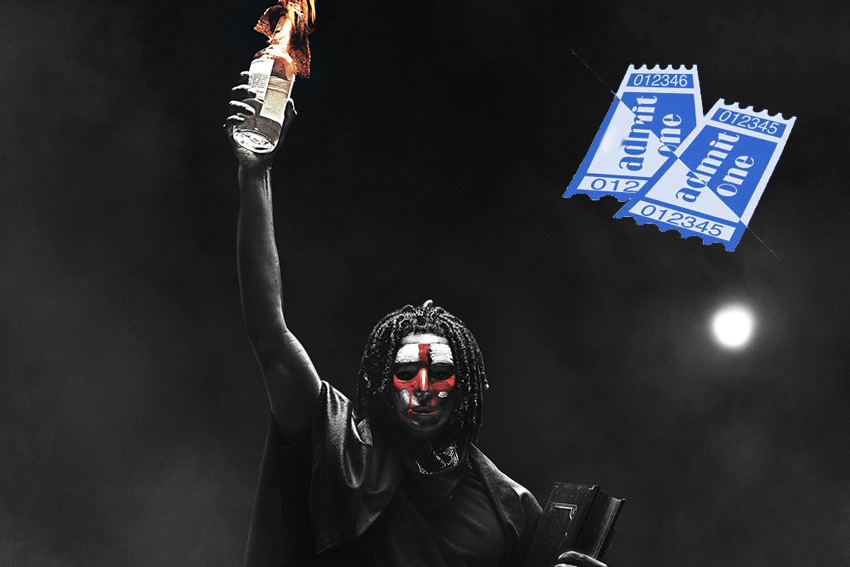 Find out how the Purge started in THE FIRST PURGE, and CineMovie has advance screenings in Los Angeles, New York, Miami, Chicago, and Houston on July 2 at 7:30pm. Get your tickets now.

Behind every tradition lies a revolution.  Next Independence Day, witness the rise of our country’s 12 hours of annual lawlessness.  Welcome to the movement that began as a simple experiment: The First Purge. To push the crime rate below one percent for the rest of the year, the New Founding Fathers of America (NFFA) test a sociological theory that vents aggression for one night in one isolated community.  But when the violence of oppressors meets the rage of the marginalized, the contagion will explode from the trial-city borders and spread across the nation.

To enter THE FIRST PURGE Ticket Giveaway, click on the form below.

PROMOTION DESCRIPTION: THE FIRST PURGE Ticket Giveaway (“Sweepstakes”) begins on or about June 24, 2018 at 6:00 p.m. Eastern Time ("ET") and ends on July 1, 2018 at 11:59 p.m. ET (the “Sweepstakes Period”) or as long as tickets last.  At the end of the Sweepstakes Period, a random drawing will be conducted to select winners from among all eligible entries received, as more fully set forth in the OFFICIAL RULES.  Entry in the Sweepstakes does not constitute entry into any other promotion, contest or sweepstakes.  By participating in the Sweepstakes, each entrant unconditionally accepts and agrees to comply with and abide by these Official Rules and the decisions of CineMovie TV, 2700 Arlington Ave. Ste. 101 Torrance, CA  90501 (“Sponsor”), which shall be final and binding in all respects.