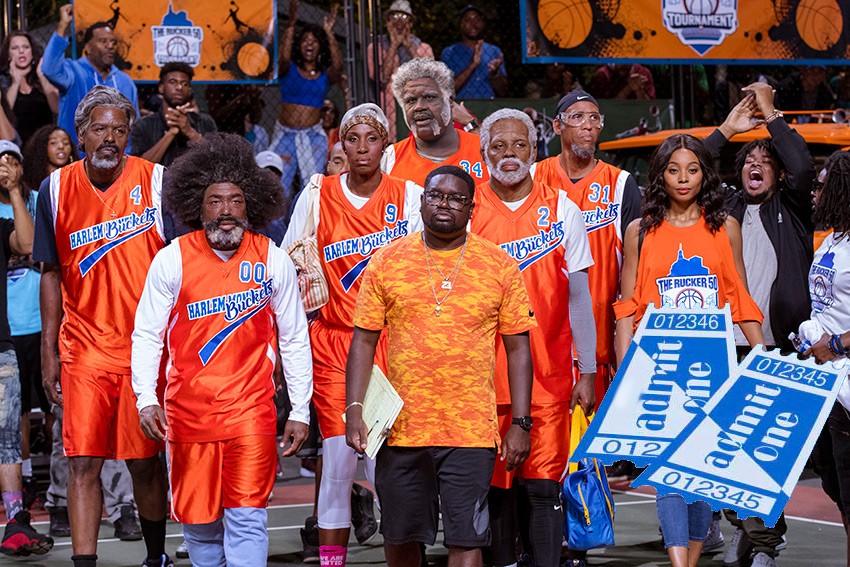 An amateur basketball coach (Lil Rel Howery/GET OUT) stands to lose everything even his girlfriend (Tiffany Haddish/GIRLS TRIP) when his longtime rival (Nick Kroll/BIG MOUTH) steals his star player on the eve of the biggest streetball tournament in the world until he enlists the help of an unlikely basketball phenom, the 70-something-year-old Uncle Drew (Kyrie Irving), in this spirited sports comedy featuring some of the biggest names in professional basketball (Shaquille O’Neal, Chris Webber, Reggie Miller, Nate Robinson, and Lisa Leslie).

To enter UNCLE DREW Ticket Giveaway, click on the form below.

PROMOTION DESCRIPTION: UNCLE DREW Ticket Giveaway (“Sweepstakes”) begins on or about June 17, 2018 at 6:00 p.m. Eastern Time ("ET") and ends on June 26, 2018 at 11:59 p.m. ET (the “Sweepstakes Period”) or as long as tickets last.  At the end of the Sweepstakes Period, a random drawing will be conducted to select winners from among all eligible entries received, as more fully set forth in the OFFICIAL RULES.  Entry in the Sweepstakes does not constitute entry into any other promotion, contest or sweepstakes.  By participating in the Sweepstakes, each entrant unconditionally accepts and arees to comply with and abide by these Official Rules and the decisions of CineMovie TV, 2700 Arlington Ave. Ste. 101 Torrance, CA  90501 (“Sponsor”), which shall be final and binding in all respects.