SAW: The Games of Jigsaw Returns to Halloween Horror Nights 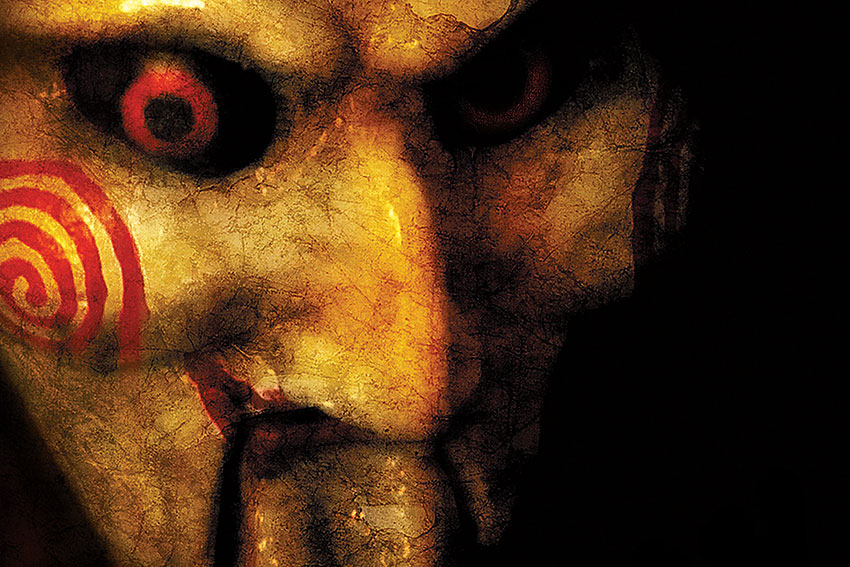 “Do you want to play a game?” An all-new maze based on the SAW films and the upcoming eighth SAW film will debut at Universal Studios’ “Halloween Horror Night” beginning September 15. Lionsgate’s horror blockbuster franchise set the ultimate trap for unsuspecting visitors. Watch a preview of the terror that awaits you.

Based on the Lionsgate and Twisted Pictures hit horror film franchise, “SAW: The Games of Jigsaw” will bring to life the scariest game yet. In this all-new maze guests will come face-to-face with the work of master craftsman “Jigsaw” and a collection of his most infamous traps from the SAW film series and upcoming eighth installment JIGSAW.

“We’re thrilled to be partnering again with Universal Studios on an immersive experience that celebrates everything that our SAW fans love,” said Lionsgate Senior Vice President of Global Live and Location Based Entertainment Jenefer Brown. “The maze features the most terrifying traps that made the SAW franchise such a Halloween tradition, including some of the best from our upcoming film JIGSAW. What better way to complement the film’s release this Halloween than taking audiences into the over-the-top action at Halloween Horror Nights.” 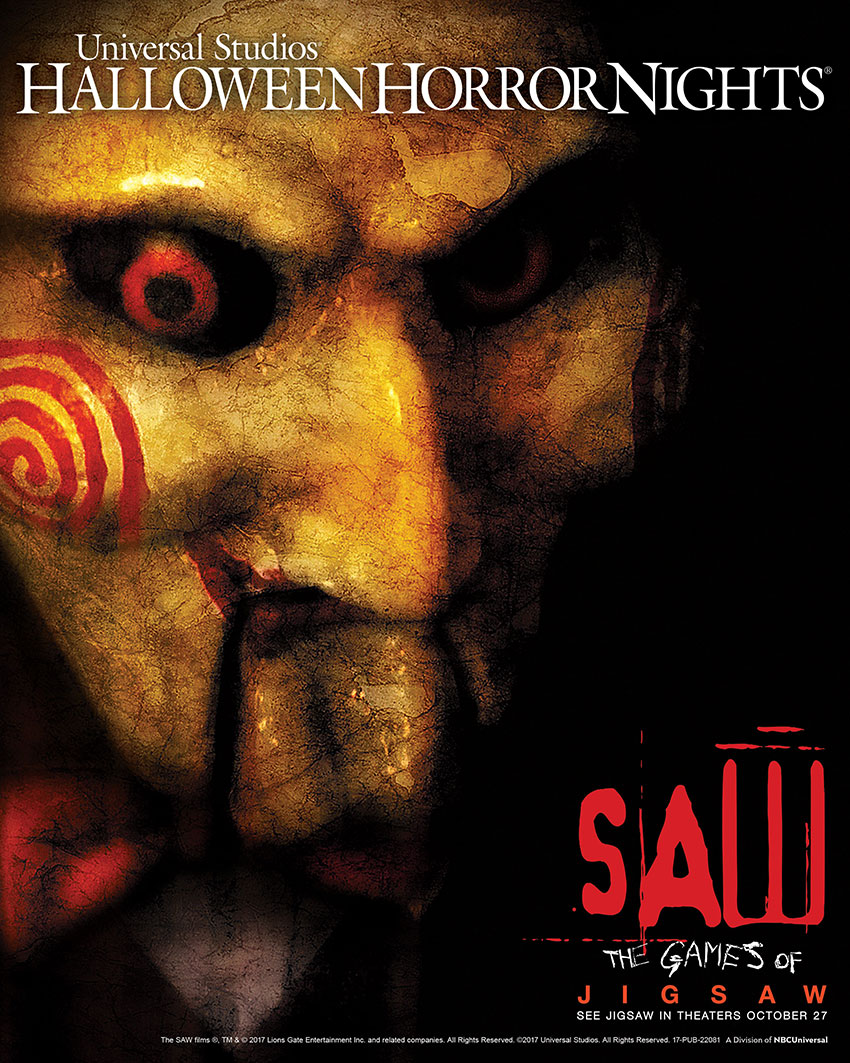 “SAW is one of the top grossing horror film franchises, and we’re thrilled that the fan-favorite is making its return to ‘Halloween Horror Nights,’” said John Murdy, Creative Director at Universal Studios Hollywood and Executive Producer of “Halloween Horror Nights.” “‘SAW: The Games of Jigsaw’ will encompass the greatest collection of traps featured in all eight SAW movies to bring to life the most twisted SAW maze ever produced, and we can’t wait for our fans to relive moments from the films.”

“We’re excited to bring SAW back to Halloween Horror Nights and to take fans even deeper into the mind of ‘Jigsaw,’” said Charles Gray, Show Director for Creative Development, “Halloween Horror Nights” at Universal Orlando Resort. “Filled with unimaginable horrors from the hit saga and the upcoming film JIGSAW, this maze is truly a trap in itself.”

Created by James Wan and Leigh Whannell, the SAW film series has ratcheted up tension and invention with each successive film, while rattling millions of nerves worldwide.  The eighth film of the powerhouse franchise is scheduled to hit theatres on October 27, 2017 - in its traditional opening weekend slot leading into Halloween. JIGSAW is written by Josh Stolberg & Peter Goldfinger and directed by The Spierig Brothers

Universal Studios’ “Halloween Horror Nights” is the ultimate Halloween event. For more than 20 years, guests from around the world have visited Halloween Horror Nights in Hollywood and Orlando to become victims inside their own horror film. The streets of each coast’s event are transformed into highly-themed scare zones where menacing “scare-actors” lunge from every darkened corner. Multiple movie-quality haunted houses are erected throughout the event, based on everything from iconic slasher films to hit horror television series to haunting original stories.