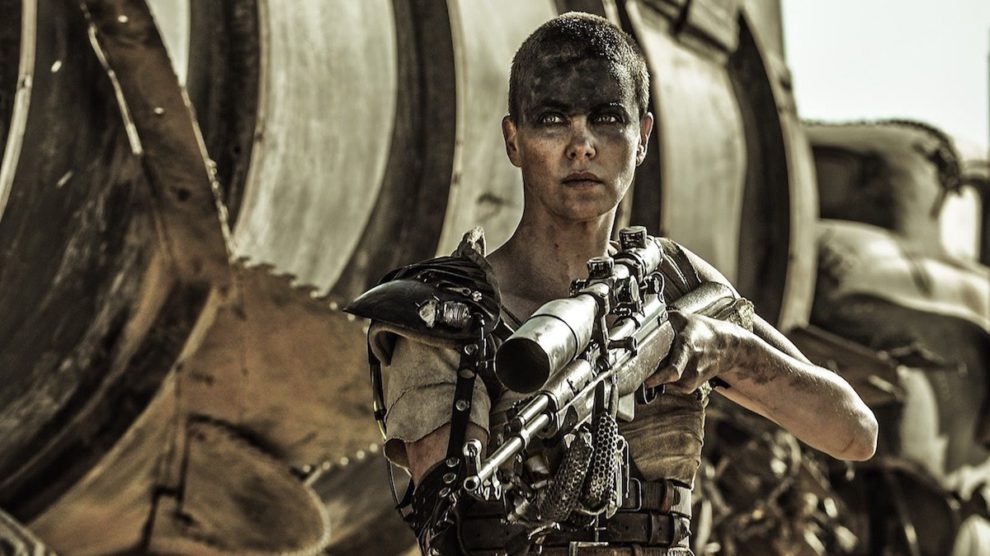 Principal photography has begun for Furiosa's origins story with George Miller returning to the director's chair. The Warner Bros. press release also outlines the plot. FURY ROAD set up Furiosa's origins when she returns to her home at the end of the movie. The new film FURIOSA will explore how she ended up in Warlord's clutches.

'Mad Max: Fury Road' Star Charlize Theron Thankful She Wasn’t in a Push-Up Bra & Allowed To Be An Everyday Woman

BURBANK, CA, June 21, 2022 – Principal photography is underway on Academy Award-winning filmmaker George Miller’s “Furiosa,” the much-anticipated return to the iconic dystopian world he created more than 30 years ago with the seminal “Mad Max” films, this time with an original new standalone action-adventure that will reveal the origins of powerhouse character from the multiple Oscar-winning global smash “Mad Max: Fury Road.” The new feature is being produced by Miller’s own Australian-based Kennedy Miller Mitchell banner, together with the filmmaker’s “Fury Road” partners Warner Bros. Pictures and Village Roadshow Pictures. Anya Taylor-Joy stars in the title role, alongside Chris Hemsworth and Tom Burke.

As the world fell, young Furiosa is snatched from the Green Place of Many Mothers and falls into the hands of a great Biker Horde led by the Warlord Dementus. Sweeping through the Wasteland they come across the Citadel presided over by The Immortan Joe. While the two Tyrants war for dominance, Furiosa must survive many trials as she puts together the means to find her way home.

Taylor-Joy was most recently seen in Edgar Wright’s “Last Night in Soho” and Robert Eggers’ “The Northman.” She also played the lead in the romantic comedy “Emma,” based on the Jane Austen novel. Her additional features include the sci-fi thrillers “Split” from M. Night Shyamalan, and his follow up “Glass,” in which she reprised her role from the previous film. She also starred as a chess prodigy in the massively successful miniseries “The Queen’s Gambit.”

Hemsworth is right at home with high-octane action, having starred in the “Avengers” and “Thor” films as well as the recent “Extraction.” His other film credits include “Bad Times at the El Royale,” “12 Strong,” “In the Heart of the Sea,” “Rush,” “Snow White and the Huntsman,” and “Star Trek,” among many others.

Burke is perhaps best-known for his award-nominated role in Joanna Hogg’s film “The Souvenir,” as well as playing the lead in the popular UK crime series “C.B. Strike.” He also starred as Athos in the BBC series “The Musketeers,” appeared in such feature films as Nicholas Winding Refn’s “Only God Forgives,” and played famed filmmaker Orson Welles in David Fincher’s Oscar-winning “Mank.”

Filming is underway in Australia. The film will be distributed worldwide by Warner Bros. Pictures.