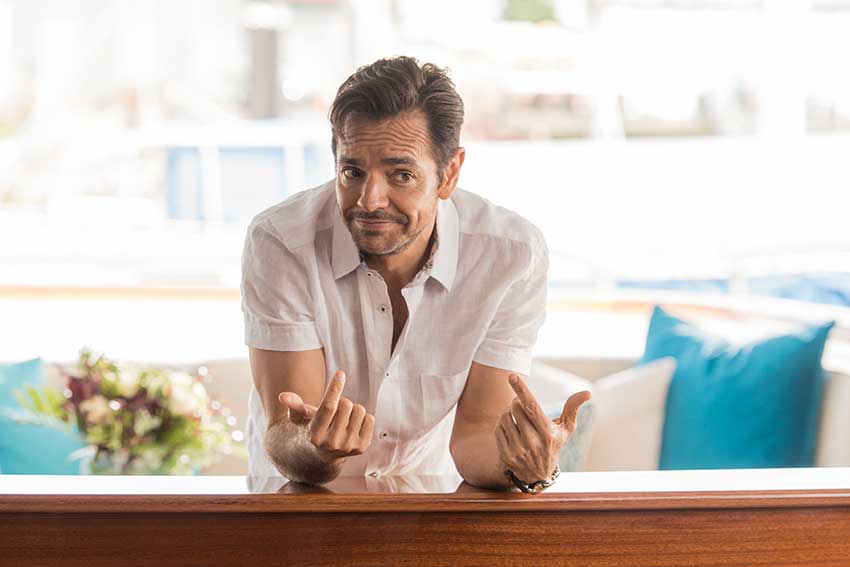 After the success of Eugenio Derbez's reboot of OVERBOARD, the filmmakers behind the comedy are ready to remake French film, THE VALET for Pantelion Films. Pantelion Films announced the news Wednesday. Read more about the new production below.

OVERBOARD is currently playing in movie theaters starring Derbez, Anna Faris, Eva Longoria, Omar Chaparro and John Hannah. The film's opening was the biggest for Pantelion Films with a $14 million take at the domestic box office. Derbez's production company3Pas Studios will be teaming up with  writer/directors Rob Greenberg and Bob Fisher for another film. See the press release below.

LOS ANGELES and SANTA MONICA, CA, May 16, 2018 – Rob Greenberg and Bob Fisher, the duo behind Eugenio Derbez’s breakout box office hit and his biggest film opening ever, Overboard from Lionsgate’s (NYSE: LGF.A, LGF.B) Pantelion Films and MGM, have been tapped to write and direct a remake of the French comedyThe Valet for Pantelion, it was announced today. Derbez will star and produce with producing partner Ben Odell through their 3Pas Studios banner. Last week Derbez and Odell also announced a deal to develop television series for Lionsgate’s Television Group and streaming platforms.

Derbez has established himself as the premier Latinx comedy star in the U.S. and Latin America with successes like Pantelion’s INSTRUCTIONS NOT INCLUDED, the highest-grossing Spanish-language film ever released in the U.S., and last year’s Pantelion box office hit HOW TO BE A LATIN LOVER. Derbez will also appear in Disney’s upcoming THE NUTCRACKER AND THE FOUR REALMS and has joined the cast of Sony’s ANGRY BIRDS 2.

Prior to writing and directing OVERBOARD, which launched to Pantelion’s biggest opening weekend ever and the biggest opening for any comedy in any language in Mexico, Greenberg and Fisher were each writers on a string of hit films and television series. Greenberg is a three-time Emmy Award® winning television writer and TV director who has worked on a number of landmark shows including “How I Met Your Mother” and “Frasier.” Fisher penned comedy hits such as WE’RE THE MILLERS and WEDDING CRASHERS and co-created the U.S. series “Sirens.”

“The Valet is about a hard working Latinx person who is invisible to the world but through hilarious circumstance comes to be seen as the worthy human being he is,” said Derbez and Odell. “The story couldn’t be timelier and we are so happy to be working with Rob and Bob again to tell this story in the funniest, most heartfelt way possible.”

“We’re thrilled to reunite with Eugenio and the talented creative team behind our incredible successOverboard,” said Pantelion CEO Paul Presburger. “Hispanic moviegoers are one of the largest and fastest-growing demographics at the box office, and we can’t wait to bring them another hilarious comedy classic with our own spin. The Valet from our Globalgate Consortium Partner, Gaumont, is exactly the type of story that will resonate in the U.S. and Latin America.”

The original French comedy La doublure was written and directed by Francis Veber and released in 2006 grossing nearly $30 million worldwide. The film tells the story of a parking valet who is enlisted to pretend to be the lover of a famous fashion model in order to deflect attention from her relationship with a married businessman.