Paul Rudd and Others Confirmed for 'Captain America: Civil War' as Production Begins in Atlanta 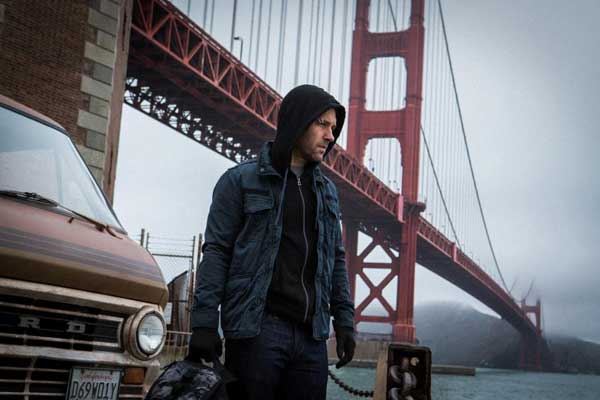 It seems we’re getting a third Avengers movie sooner than we thought with the majority of the superheroes assembling for CAPTAIN AMERICA: CIVIL WAR. Paul Rudd is joining the assembly as Ant-Man along with some newcomers and returning cast members to the Marvel Cinematic Universe. Marvel announced Thursday that principal photography has commenced in Atlanta, Georgia with the Russo Brothers (Captain America: Winter Soldier) returning to helm the latest Marvel movie. Check out who else is joining the team.

Martin Freeman will be part of CAPTAIN AMERICA: CIVIL WAR in an unknown role while William Hurt reprises his role from Marvel’s The Incredible Hulk as General Thaddeus “Thunderbolt” Ross. Sebastian Stan, Frank Grillo and Emily VanCamp will also step into the roles set up in the second Captain America movie. Beside Rudd’s Ant-Man, Black Panther will be introduced with Chadwick Boseman taking on the role that will eventually lead to a stand-alone movie.

After his debut in Marvel’s “Ant-Man” on July 17, 2015, Paul Rudd (“Ant-Man,” ”Anchorman 2: The Legend Continues”) will make his first appearance alongside the Avengers as Scott Lang/Ant-Man in “Captain America: Civil War.”

“Captain America: Civil War” picks up where “Avengers: Age of Ultron” left off, as Steve Rogers leads the new team of Avengers in their continued efforts to safeguard humanity. After another international incident involving the Avengers results in collateral damage, political pressure mounts to install a system of accountability and a governing body to determine when to enlist the services of the team. The new status quo fractures the Avengers while they try to protect the world from a new and nefarious villain.