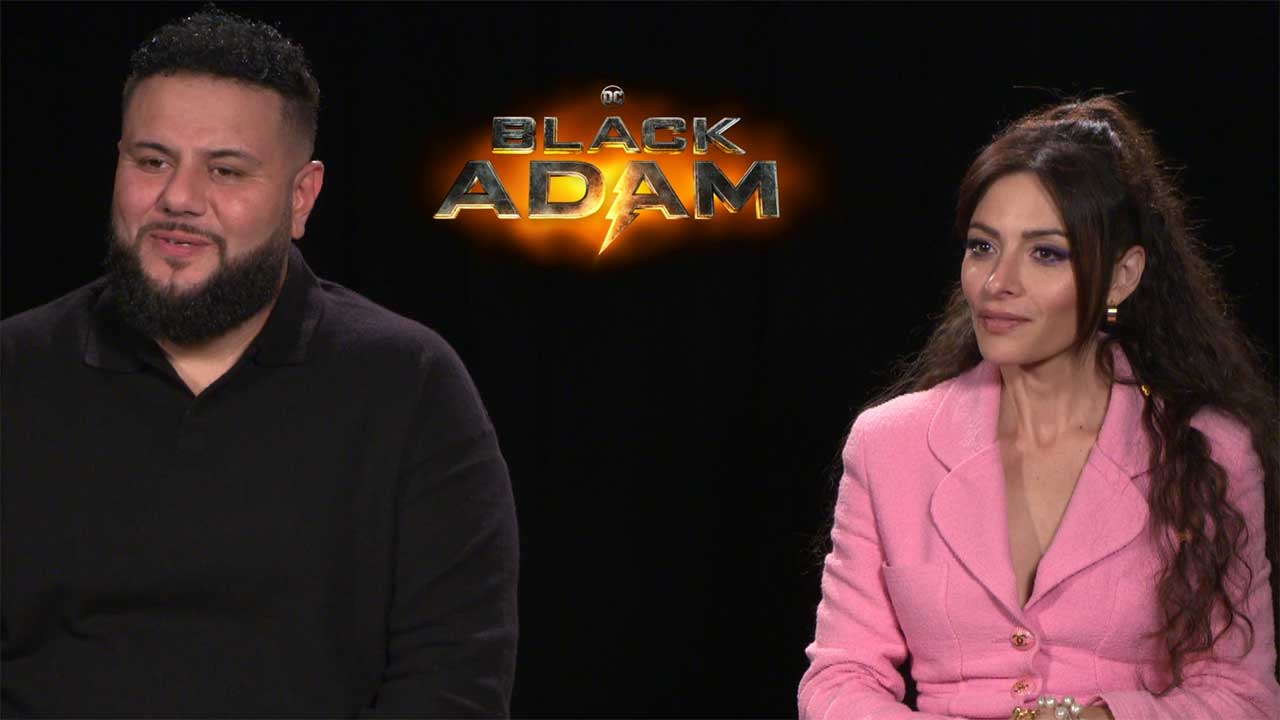 BLACK ADAM stars Sarah Shahi and Mohammed Amer sit down with CineMovie in-person to talk about the DCEU movie, coming to theaters on October 21. Dwayne Johnson's costars play Karim and Adrianna, the mortals of the film but their characters have a rich backstory in the DC Comics. Will their character's origin story be addressed in the superhero film? The actors also describe what it was like watching Johnson play his dream role.

Dwayne Johnson's dream of playing Black Adam goes back a decade or more, so was the actor like a kid in the candy store on set? His scene partners Sarah and Mohammed reveal in our interview what Johnson was like on set every day living out his superhero character.

In the comics, Adrianna Tomaz is Isis, an Egyptian woman who transforms through an amulet that gives her powers over nature. She's also married to Black Adam, and her brother Osiris also shares superpowers. In the theatrical version, Sarah Shahi shares the character's name but she seems to play a mere mortal as does her brother.  How much of their backstory were the actors familiar with?