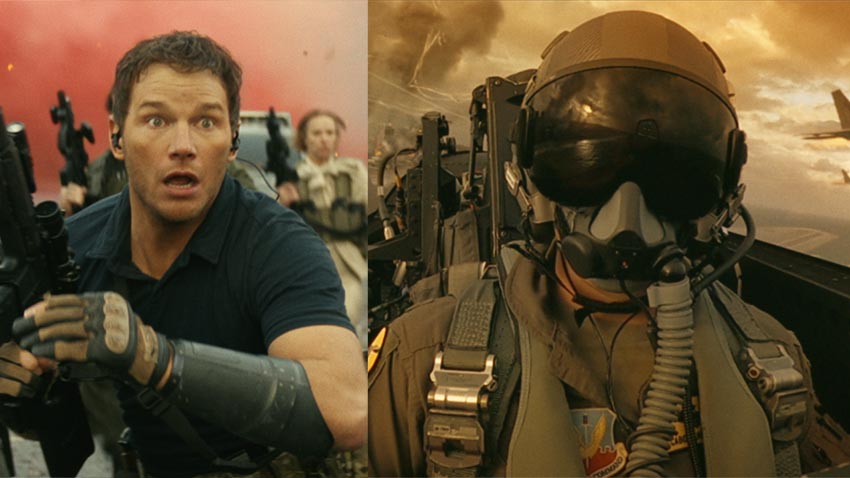 In Chris Pratt's new movie, THE TOMORROW WAR, actual footage from an F22 Raptor cockpit was used for the first time in cinematic history. Major Josh "Cabo" Gunderson shot the footage with a GoPro and appears in the shot. While we were on the subject of aliens and the military, we wanted to know from the Air Force Major whether their training includes encounters

THE TOMORROW WAR stars Chris Pratt, Yvonne Strahovski, JK Simmons, Sam Richardson, and the U.S. military as they fight to save Earth against an alien invasion. The actions scenes involve military aircraft and vehicles including an F-22 Raptor plane which has been seen in movies except for the inside. For the first time, the military has allowed footage from inside the classified area to be utilized by a Hollywood movie.

Major Joshua "Cabo" Gunderson makes a cameo in THE TOMORROW WAR as the pilot who shot the footage from his Raptor. The scenes were filmed during Major Gunderson's routine training missions over Miami.

The Major is living the American dream as the son of a Cuban exile, who rose up the ranks in the U.S. Air Force.