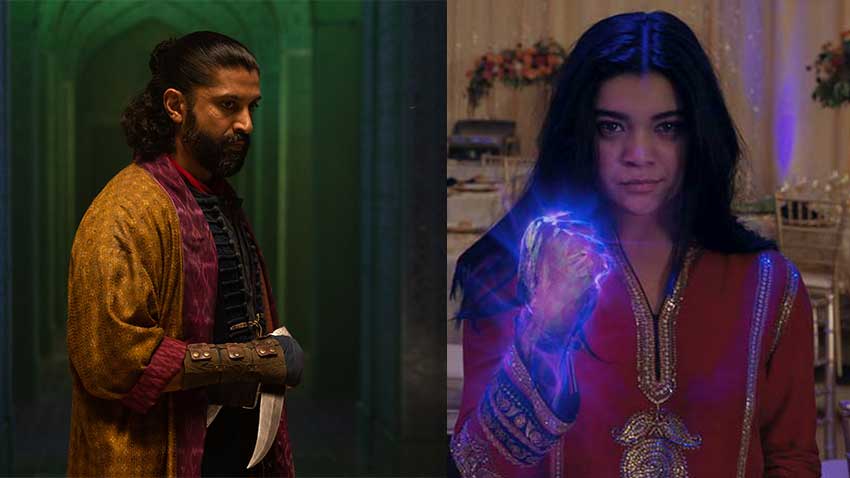 Bollywood comes to the MCU with India's biggest star Farhan Akhtar joining the MCU as Waleed, leader of the Red Daggers in Ms Marvel's episode 4. Farhan chats with us about what it was like being part of the Marvel series and whether his fate is sealed in his debut episode or will be back to further mentor Kamala.

In Episode 4 of Disney+'s Ms Marvel series, Kamala and her mother travel to Karachi, Pakistan at the behest of her grandmother. There we meet an all-new cast of characters including Akthar's Waleed, leader of the Red Daggers. Waleed fills in the gaps of what Kamala and the audience need to know about the clash between the Clan Destines and the Djinn which the teen's skill come from as a descendent of her great-grandmother, Aisha.  The Red Daggers are ancient warriors with no superpowers who have protected the two realms, but if the Clan Destines get a hold of the bangle to tear down the wall, Earth will cease to exist.

Waleed may have met his maker in Episode 4 but will Farhan return as do most MCU characters who've faced similar fates. We tried to get a clue from the actor but no luck.