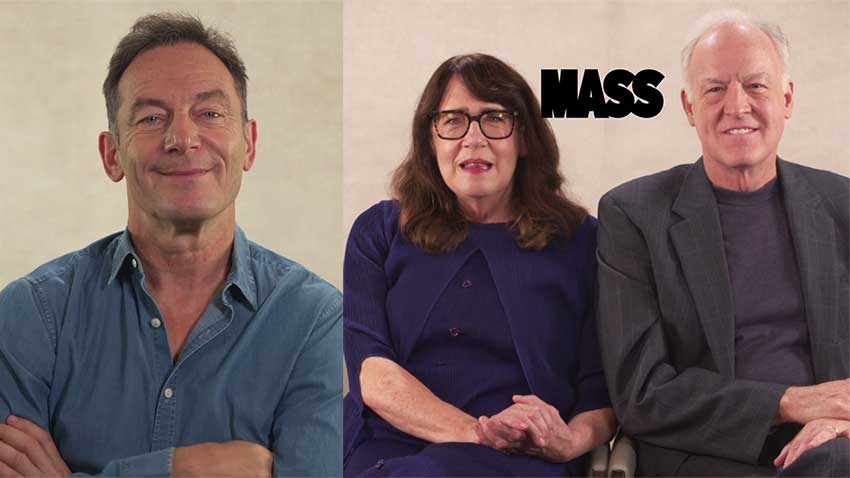 Jason Isaacs (Star Trek: Discovery), Ann Dowd (The Handmaid's Tale), Reed Birney, and Martha Plimpton portray the parents of a mass shooter and one of his innocent victims in the gripping new movie, MASS. CineMovie talked to the actors about their compelling and heartfelt performances and how this story resonates in today's news cycle.

Years after an unspeakable tragedy tore their lives apart, two sets of parents (Jason Isaacs and Martha Plimpton, Reed Birney and Ann Dowd) agree to talk privately in an attempt to move forward. In Fran Kranz’s writing and directing debut, he thoughtfully examines their journey of grief, anger and acceptance by coming face-to-face with the ones who have been left behind.