Javier Bardem Reveals What He Loved Most About Desi Arnaz 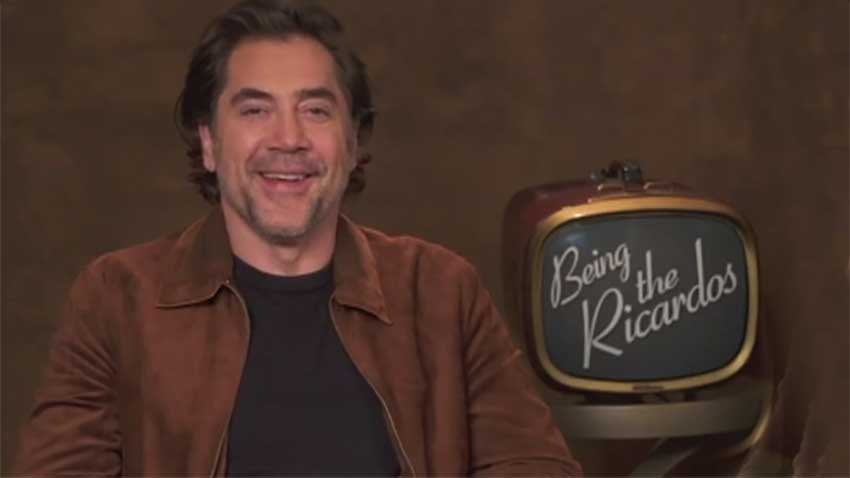 Javier Bardem portrays Desi Arnaz in BEING THE RICARDOS alongside Nicole Kidman as Lucile Ball. What he found most interesting about Arnaz was his love and support for his wife and I Love Lucy costar. In Aaron Sorkin's BEING THE RICARDOS, Arnaz, was one of the most powerful men in Hollywood. If it weren't for his connections, our favorite red head's career may have ended once she was blacklisted as a Communist.

Aaron Sorkin writes and directs BEING THE RICARDOS starring Kidman and Bardem as Hollywood's iconic couple. The Prime Video movie follows Lucy and Desi Arnaz during one of the worst weeks in their lives when Lucille Ball was about to be publicly accused of being a member of the Communist Party and the tabloids were reporting about Desi's infidelity.

BEING THE RICARDOS is now playing in movie theaters and streaming on Prime Video on December 21.