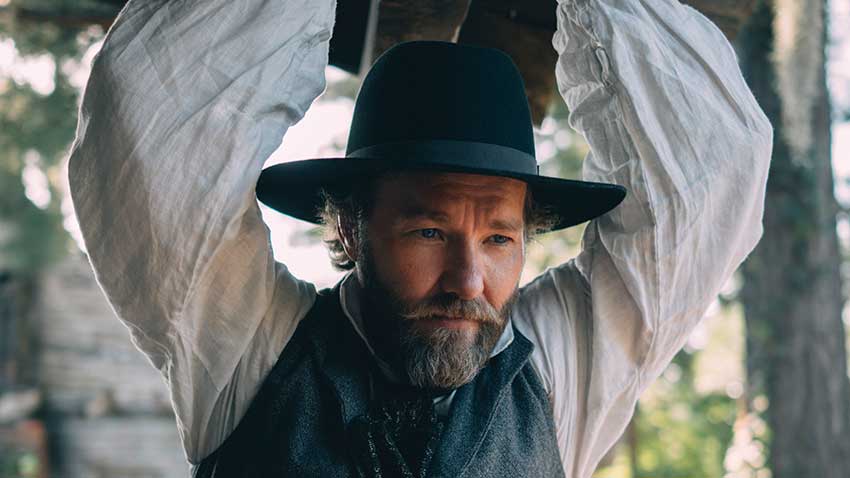 Did playing a ruthless slave catcher in Barry Jenkins' The Underground Railroad weigh heavily on Joel Edgerton? The actor tells CineMovie what factors he considered before taking on a role of a despicable character. Listen below.

Edgerton tells CineMovie (listen below) why taking on this role weighed heavily on him. Barry Jenkins involvement was a factor as well as the current conversations around white supremacy and equal rights. The series spoke to those topics, and he felt it was important to tell the story no matter how ugly it was.

The Underground Railroad is currently streaming on Amazon Prime.

More about The Underground Railroad

The Underground Railroad chronicles Cora Randall’s (newcomer Thuso Mbedu) desperate bid for freedom in the antebellum South. After escaping a Georgia plantation for the rumored Underground Railroad, Cora discovers no mere metaphor, but an actual railroad full of engineers and conductors, and a secret network of tracks and tunnels beneath the Southern soil.

Over the course of her journey, Cora is pursued by Ridgeway (Joel Edgerton), a bounty hunter who is fixated on bringing her back to the plantation she escaped; especially since her mother Mabel is the only one he has never caught.

As she travels from state to state, Cora contends with the legacy of the mother that left her behind and her own struggles to realize a life she never thought was possible.