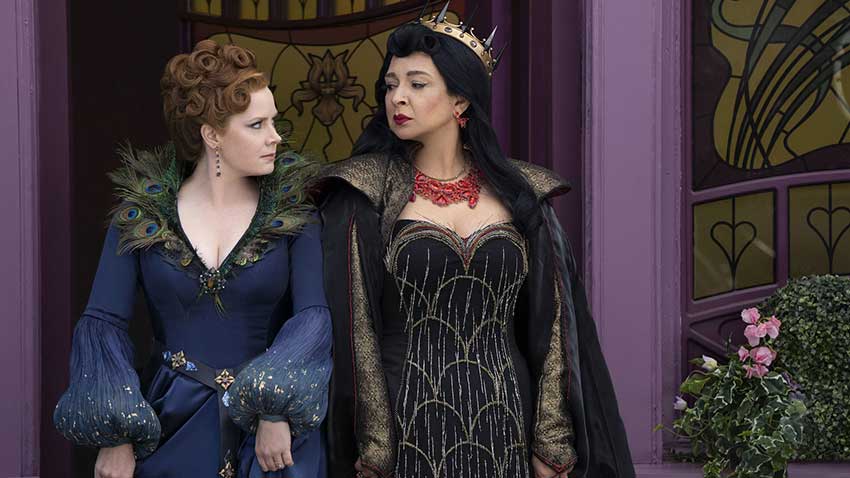 Hard-core Disney fans will have a ball geeking out at the tons of Disney nods in the Disney+ follow-up to ENCHANTED. DISENCHANTED director Adam Shankman (HAIRSPRAY) says the Disney+ movie is covered from “floor-to-ceiling” in Easter Eggs. The director gives us a few examples.

Ten years after Giselle (Amy Adams) and Robert’s (Patrick Demsey) fairy tale ending, Giselle (Amy Adams) decides to move the family and new baby out of the Big Apple to the suburb of Monroeville. Giselle wishes her life was more like a fairy tale and she inadvertently casts a spell turning the town into a classic Disney movie.

Director Adam Shankman (HAIRSPRAY, ROCK OF AGES) takes the helm of the Disney sequel. At a recent press conference with the cast, the filmmaker revealed he was a fan of the original because it was the first time Disney has paid homage to its own movies.

“I don't think Disney ever allowed winking at itself,” said the director. “And so, this was such an incredible opportunity. So, I mean, honestly, if you look around, when the town turns into a fairy tale town, every sign of every shop has something Disney winking involved in it.”

Some of the things to look out for include the magic mirror which is a replica of the mirror in Snow White. Maya Rudolph’s side kicks played by Yvette Nicole Brown and Jayma Mays wear ballgowns that are exact replicas of Cinderella’s step-sister's dresses. 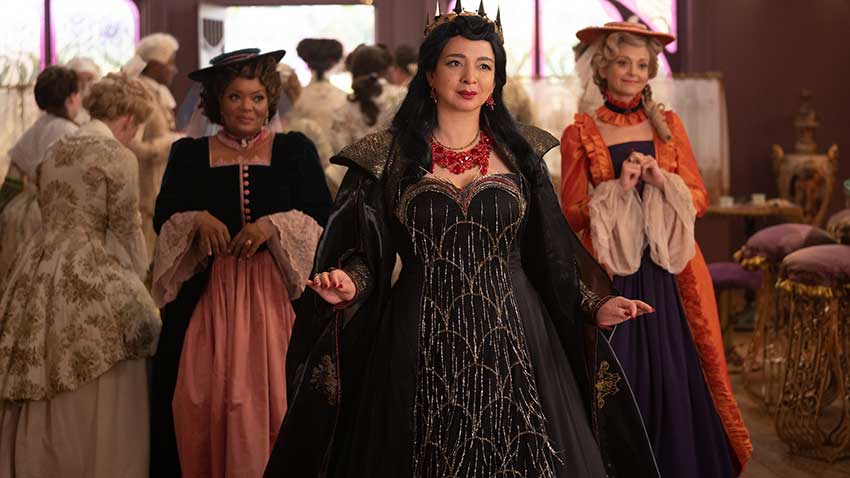 Amy Adams has all the fun in DISENCHANTED with the actress having to dip in and out of sweet Giselle and an evil Disney stepmother.

The music for DISENCHANTED is also referential, according to renowned film composer Alan Menken (THE LITTLE MERMAID, ALADDIN, BEAUTY AND THE BEAST).

“We're pulling threads going all the way back, you know, to Snow White,” said the two-time Academy Award winner. “And then, the threads from the early 50s for Cinderella.”

The lyrics for one of the musical numbers also harkens back to a Disney classic.

“There is a not-so subtle nod in Gabby's solo song,” according to Shankman. Oh, actually, there's many. Every shot in that song is something that's a nod to another "I want" song. So, "I wish" songs.”

There are tons of Disney Eggs which should keep die-hard Disney fans busy for their second viewing. “So, it is floor-to-ceiling,” joked Shankman. “There is, everywhere you look, you could swing a cat, you’re gonna hit a trope.”

Get your pen and paper and see how many nods you can spot in DISENCHANTED, now streaming on Disney+.