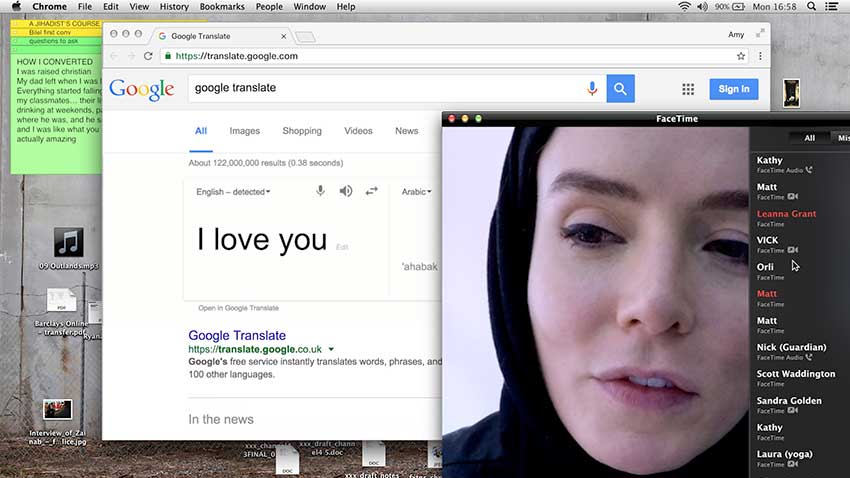 Director Timur Bekmambetov (WANTED, NIGHT WATCH) brings us a true story in PROFILE starring Valene Kane (Gangs of London, ROGUE ONE: A STAR WARS STORY) as an undercover reporter who investigates how terrorist groups like Isis recruit young European women by pretending to be one of them through social media.  Kane talks about the shocking true story, and why the internet is a dangerous place.

In theaters May 14, PROFILE is inspired by the 2015 nonfiction bestseller, "In the Skin of a Jihadist" by a French journalist who uncovered the terrorists methods of recruiting young vulnerable women to their cause and end up as sex slaves. She falls into the trap like the other women and finds herself making dangerous decisions. The real-life journalist now has 24/7 police protection after her real identity was discovered and her name was marked for death on a jihadist kill list.